Microsoft had a head-turner when it teased the dual-screen Surface Duo. However, people are now having mixed reactions after the full specs of the device have been revealed.

The Surface Duo has been evasive when it comes to leaks these past few months except for some major details. The initial rumors of the Microsoft Surface Duo specs have been confirmed with today’s release such as the screen size and Surface Pen support.

This year is the first time that the company will release a new handheld device since the Lumia 650. With the recent announcement, the Surface Duo bagged mixed reactions from the Android community. Here are the reasons why.

Microsoft has released that the Surface Duo will ship with the Qualcomm Snapdragon 855 which is a year old today. The majority of flagship smartphones this year are coming out with the Snapdragon 865 with 5G connectivity.

However, the device will come with 6GB of RAM with 64GB or 256GB of storage. The memory size is enough for the upcoming years. But, the 64GB base storage is a little too short.

Even devices at the US$300 [AU$467] range ship with a base storage of 128GB. It is understandable why some people are disappointed with it considering the price.

Camera-wise, it will have a single 11-megapixel sensor located on the top part of the right screen. This will serve as the front and back camera. The video resolution is not yet revealed but it might shoot 4k videos at 30fps.

The screen is another plus for this device. Both screens are AMOLED with 1800 x 1350 resolution. The blacks are deep and the colors are vibrant. 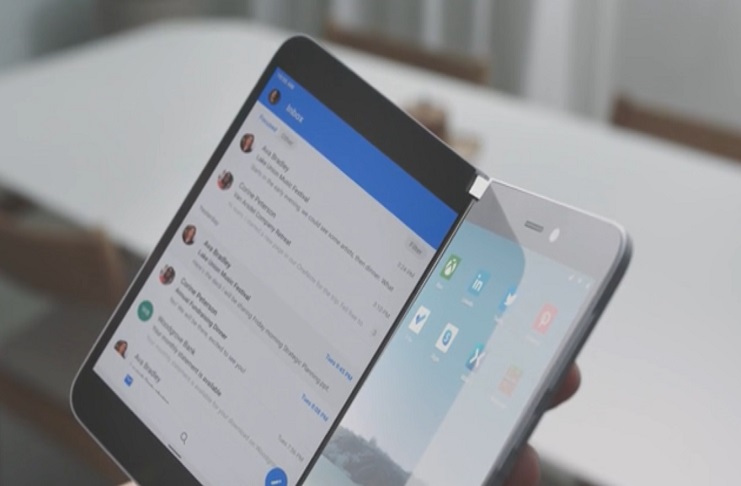 Among all the specs mentioned, the battery life comes in as the most disappointing one. Unless Microsoft pulls some kind of magic, the device is not expected to last one whole day of use.

This speculation is because the dual-screen will be powered by a 3,460mAh battery. Microsoft went conservative on the battery, while some OEMs are releasing devices with more than 4,000mAh battery. The device supports USB-C fast charging though so it is still a plus.

The only redeeming factor now is if Microsoft manages to save battery through great software optimization. Another one is if the device has two batteries—one for each screen.

As mentioned earlier, the Surface Duo will have two variants: one with the 64GB of storage and another one with a 256GB storage. There is no 128GB middle ground.

The 64GB variant is made to cut costs as expected. However, at this price, a microSD expansion would not hurt but there is none on this device.

There is the 256GB variant. It is a huge storage amount with lots of space for videos, photos, and apps. But, the price comes in as a concern as the larger storage space jump means that the price might drastically get higher.

A 128GB variant could have been a nice middle ground. Better yet, start with 128GB of storage as apps take so much space nowadays. The 64GB might be full in a short span of time. 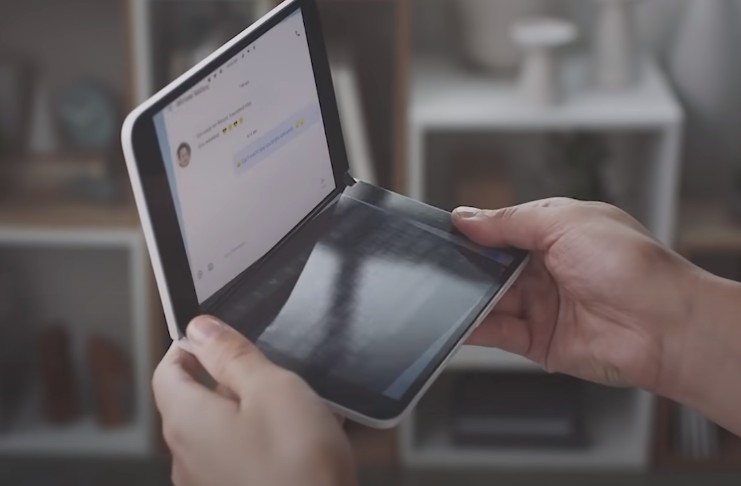 The full specs revealed for the device is just the tip of the iceberg. There are no hints on other features such as IPXX rating, wireless charging, Android version and skin and many more features.

Even the camera has no actual specs revealed yet. As to what resolution the camera shoots. Everything is still pure speculation.

There was, however, one teaser photo revealed by Microsoft months ago—but that’s just about it.

The most important detail that Microsoft did not disclose is the price. The specs lean towards the premium flagship segment. This means that the device will fall from $1000-$1500. Anything higher than that might be a hard sell.

But who knows? Microsoft might surprise everyone with a $600 device.

With that being said, Microsoft’s move to innovate in the folding smartphone category is commended. However, there is no “quality” factor on the Microsoft Surface Duo specs yet. Unless the camera or the software experience is Pixel-quality, it might have a hard time getting into the market.