The Microsoft Surface Go 2 did a great job of outperforming its predecessor. But is it the best US$400 [AU$611] tablet today?

Apple still holds the best tablet award for its iPad lineup. Nothing comes close to it. Although Microsoft Surface Go 2 has the potential to take over the tablet market.

However, there are still some things that Microsoft needs to sort out to be able to conquer the tablet market. The expectations were high when Microsoft Surface Go 2 was released. Yet, here are the reasons why it received mixed reviews today. 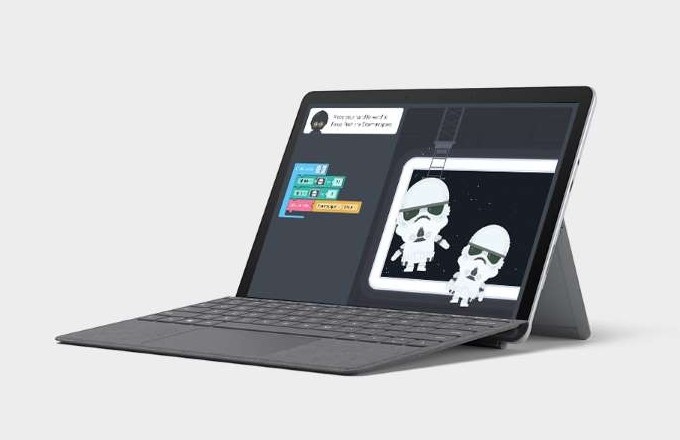 For $400, the Microsoft Surface Go 2 starts with an Intel Pentium Gold 4425Y processor, 4GB of RAM, and 64GB of storage. This is not a bad setup. It is enough for daily tasks such as web browsing and media consumption. It will cost around $150 to double the RAM and storage options, which is a pricey upgrade.

However, using the last year’s processor have a connotation that Microsoft has skimped on its product. This might turn off other consumers as they tend to go for the latest and fastest.

Getting the top model with an 8th gen Intel Core m3-8100Y CPU jacks up the price to $630. The 8th gen Intel processors are great until today. But considering that Intel is already on its 10th generation of processor, Microsoft could have used a 9th gen or 10th gen m3 processor instead.

The Surface type cover is needed to complete the setup. This adds another $99 to the price tag. Want to use the pen? Then, that is another $99.

Considering that the fully loaded base model costs around $600 already, then it is getting out of the affordable price range. It is a contender, but Microsoft could have gone with better specs.

The new Microsoft Surface Go 2 share the same design with its predecessor—except for the display. It has gone up by half an inch to 10.5 inches. The bezels are smaller as well.

Microsoft continued to use the magnesium chassis, which is great. The built-in kickstand is still durable and the main buttons stayed in place.

The design is one of its strengths compared to its rivals. It is one of the few tablets available that can stand on its own. Others need a separate case stand in order to work.

Attach the type cover then the versatility of this device gets higher. There are more usability options. But, the device is still uncomfortable to use on the lap.

Microsoft did not bother adding more ports to the new Surface Go 2. It retained the single USB-C and the Surface Connect port that supports charging and docking. The headphone jack is still available. But that’s about it.

Buying the base model Surface Go 2 is fine in terms of storage. There is a microSD card slot hidden under the kickstand for expandability. There is support for LTE on higher-end models through the sim card tray available.

Other than that, there are no connectivity options. Dongles are available, but that is an added purchase on top of the growing price. 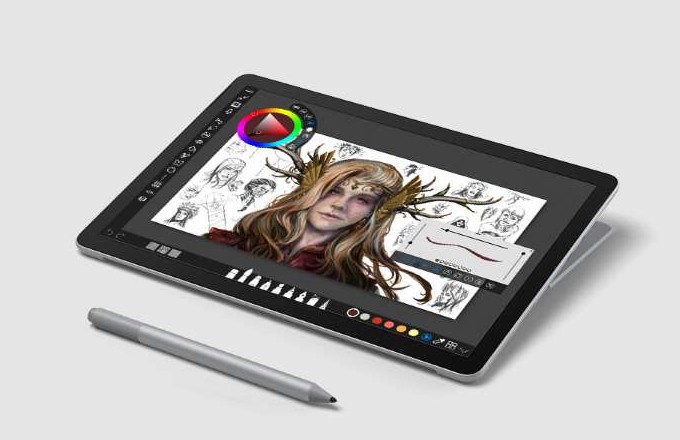 As mentioned earlier, the display grew up by half an inch. It retained the 3:2 aspect ratio and 1920 x 1280 resolution.

It still uses an IPS panel so viewing angles are still great. Blacks are not as deep as AMOLED, but the colors are still a pleasure to look at.

The response time is nice with no input lag at all.

One problem with the increased display is the icon size. It looks small at default and needs some tweaking on the settings.

Other than that, the display is crisp and vibrant.

To keep it short, it is not. It lacks power for demanding tasks. But, the battery life is great and may last up to 12 hours.

However, the higher tier models, especially the Intel Core M3 model is capable of running multiple tasks at once. But there is a limitation on what this processor can do. If only Microsoft went for a newer generation model, then it could have been better.

The Microsoft Surface Go 2 continues to be a great option for a Windows-based tablet. It is great for media consumption. Yet, it works average at best when it comes to productivity.

Future models may work better in the future once Windows 10X comes out though.

Considering that remote work is becoming the norm, then the Microsoft Surface Go 2 is still a nice option. Just go for the higher end model and it is good to go.