Miley Cyrus has, reportedly, reacted to Cody Simpson’s response about having a baby together.

A source told Hollywood Life that Cyrus and Simpson are on the same page when it comes to the future of their relationship.

As such, the former child star didn’t take offense with her boyfriend’s response about not wanting to have kids right now.

“Miley doesn’t know what the future holds but she’s definitely open-minded to the idea of marriage again at some point. At this point, she’s simply enjoying things as they are with Cody,” the source said.

The source also said that one of the things that Cyrus enjoys in her relationship with Simpson is that they aren’t rushing into anything. The couple doesn’t pressure each other into settling down. They are also very comfortable with each other. 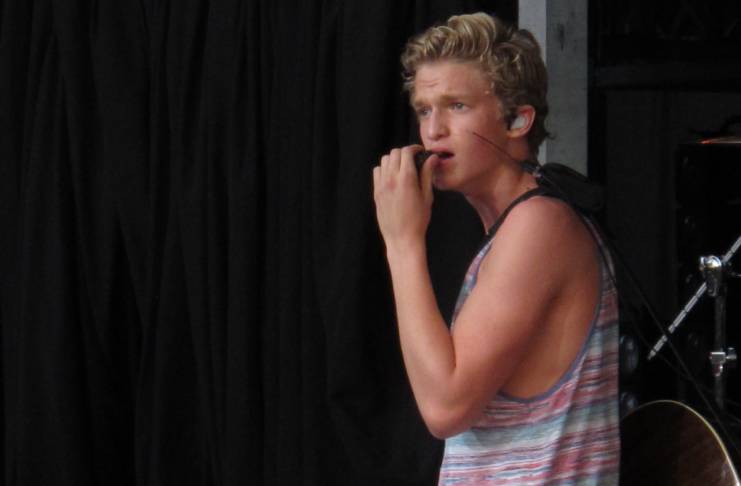 Last week, Simpson debunked the claims that he and Cyrus are planning to tie the knot. During his interview with The Sydney Morning Herald, the Australian singer admitted that he hasn’t been thinking about marriage even though he believes in it.

Simpson said that being with his girlfriend has been wonderful despite his and Cyrus’ lack of marriage and baby plans,

“She is creative and inspiring, fiercely independent, and encourages me to be my own person, too. We are both creative individuals who support one another with our work. Miley also inspires my art. There’s some romance in the poems I have written and yeah, they might be about her. It’s inevitable that what happens in my private life comes out in my work,” Simpson shared.

Late last year, Now to Love alleged that Cyrus and Simpson were already planning their wedding after just a month of dating each other.

A source told the tabloid that even though the couple’s decision seems rash, Cyrus agreed to wed her boyfriend to spite her ex-husband, Liam Hemsworth.

The insider also claimed that Cyrus and Simpson were trying to get pregnant. Cyrus, allegedly, agreed to have a baby with her boyfriend because she thinks he’s her soulmate.

During Cyrus and Hemsworth’s marriage, rumors swirled that the couple disagreed when it comes to their baby plans. The Australian actor, reportedly, wanted to have a baby with Cyrus but the singer refused.