Miley Cyrus is rumored to be pregnant with her boyfriend Cody Simpson’s baby.

According to Now to Love, the “Wrecking Ball” singer decided to get pregnant to spite her ex-husband, Liam Hemsworth.

A source told the tabloid that one of the reasons why Cyrus and Hemsworth split was because the singer didn’t want to have a baby with the actor.

The insider also claimed that Cyrus agreed to have Simpson’s child because she knows it would mess with her ex-husband.

Weeks later, the same tabloid claimed that Cyrus and Simpson were planning to tie the knot in Australia.

The source said after Cyrus’s concert in Melbourne, she and Simpson will officially tie the knot.

However, the coronavirus pandemic forced Cyrus to cancel her live performance in the Land Down Under.

Cyrus’ wedding did not push through because it is something that she and Simpson had not planned.

According to the rumor-debunking site, Gossip Cop, all the claims made by the tabloid are incorrect.

Cyrus was never pregnant with Simpson’s baby. And if the singer decides to get pregnant, it’s unlikely because she wants to hurt Hemsworth.

The couple just started dating in October and it seems too early for them to also be planning their wedding.

In January 2019, rumors also swirled that Cyrus is pregnant with Hemsworth’s baby. At that time, the couple is still together.

Photos of Cyrus made her look as though she was sporting a huge baby bump. The singer immediately responded to the rumors by saying that she’s not expecting. 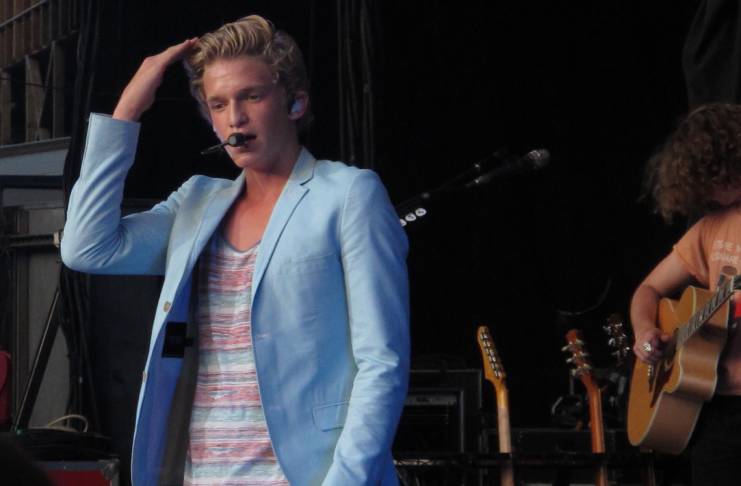 Last month, Simpson also responded to the allegations that he and Cyrus are expecting their first child together.

During his appearance on Today Australia, the singer laughed at all the rumors.

“I mean, you just got to take it in stride,” he said. “And, you know what I try to do is just focus on my work and what’s important to me, and for me, it’s my work and my music, so. The rest just kind of comes along with it. So, it’s all a part of it and something you just must take in stride and be cool with,” Simpson added.

Cyrus and Simpson started dating shortly after the “Malibu” singer and Kaitlynn Carter’s hook up made headlines.

The two women got into a month-long relationship after Cyrus announced her split from Hemsworth.