Home Gaming ‘Minecraft Dungeons’ Nintendo Switch version: Is it worth getting?

Minecraft Dungeons Nintendo Switch version was launched last May 26. The Minecraft spinoff is available on other platforms as well. But is the Switch version the one worth playing?

Imagine Diablo and Minecraft having an offspring that features the best aspect of both games. The Minecraft Dungeons Nintendo Switch version is the perfect offspring for these titles. It retains the boxy look that Minecraft is known for but with the adventure role-playing aspect of Diablo.

Consoles and PC have superior hardware and graphics capabilities than the Nintendo Switch. Minecraft Dungeons and other titles look better on these compared to the Switch.

However, there are good things on the Switch version that must not be overlooked. These are the reasons why it dethroned Animal Crossing: New Horizons as the Switch top game this month. 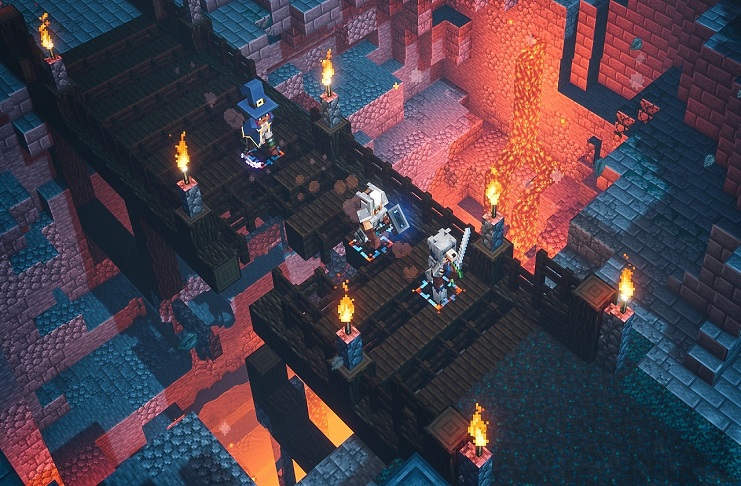 The great things so far

The Minecraft Dungeons Nintendo Switch version is pretty much the same across different consoles. It has all the game elements with no exceptions. The only difference is the button mapping between the Xbox One and the Switch.

This spinoff stays away from the open-world concept that Minecraft is known for. The influence of Diablo is very evident on the Minecraft Dungeons in terms of gameplay. It shares the same concept of fighting the undead creatures in a hack-and-slash manner.

However, there are no classes include in this game. All players start with the same equipment. It is up to them to choose what type of armor, weapon, and other items to use.

The best thing about this game is the challenge that awaits every player. There is grinding involved in order to craft better equipment. But it is better played with the difficulty level on a high level.

Taking advantage of the Switch’s portability is another selling point. Getting this game on other consoles and PC yield a not-so-portable experience. It is easy to pop in the joy-cons and play Minecraft Dungeons on the go with the Nintendo Switch.

What makes it bad?

The hardware limitations of the Nintendo Switch is tested on this game. Other versions of this game have an output of 60fps. However, the Switch port is only playable at 30fps or lower.

The dips in the framerate are experienced in the single-player mode. The 4-man multiplayer mode is expected to have the same result or worse.

Another problem is the lack of support for the Nintendo Switch video capture. This feature is supported on the majority of games available on the Switch.

Next is the lack of cross-play. Games like Dauntless is playable on several devices with one account. It would have been better if Minecraft Dungeons share the same feature.

This is an attractive feature for gamers who have multiple gaming platforms available. 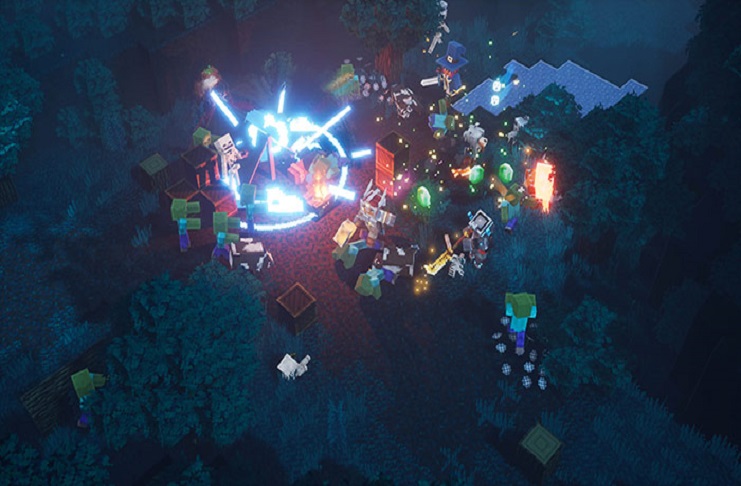 Is it worth buying on the Nintendo Switch?

The answer to this question depends on several factors.

If a player has a PC or a console, then the Minecraft Dungeon is better played on those devices. The powerful hardware of the Xbox or PlayStation provides a greater gaming experience.

Framedrops are non-existent. Plus the game feels more immersive if played on a larger screen. The graphics are also better-looking on these devices.

However, the Nintendo Switch version should not be left out. It is still a great game worth considering if cross-play, cross-save, or performance updates are rolled out.

If the Nintendo Switch is the only console available, then the Minecraft Dungeons is still a US$20 well-spent. The game is playable. Just accept that there will be hiccups on the game due to its hardware.

The Nintendo Switch version is also the best option for gaming on the go. This Minecraft game is fairly new. The temptation to play the game every hour won’t go away soon.

Hopefully, the developers will patch the performance issues with the addition of cross-play.

Minecraft Dungeons Nintendo Switch version is a great game that is a victim of the console’s hardware limitations. It could have been the perfect Diablo-Minecraft crossover if there were no performance issues.

You can now pre-purchase ‘Battlefield 2042’ on Steam