The long-standing Minecraft Nether Update now has an official release date, and it’s soon. The 1.16 update for both Java and Bedrock Edition will be ready on June 23.

The Minecraft Nether Update has received a ton of teasing over the past half a year. The first snapshot for the release was 20w06a, which started on Feb 5. Now, the full release will be ready in half a week.

Pre-release rollouts started early June. The new update will add a ton of content to the existing game.

The upcoming update for Minecraft’s hellscape dimension is a big one. It will be a literal overhaul of the entire Nether dimension, known to be drab and lifeless. Now, the Nether will be as vivid as the Overworld, depending on how players define “vivid.”

For starters, the entirety of Nether will get new denizens, in the form of Piglins and their lot. The update will add new biomes to the game that make the Nether a dimension players can thrive.

Nether will get soul sand valleys, crimson and warped forests, and basalt deltas. These will add some more “flavor” to the dimension while adding a variation on local activities. New generated structures like bastion remnants, basalt pillars, and ruined portals are also coming.

Minecraft players can also expect more items, blocks, and other miscellaneous changes are coming. These will be beneficial not only for gamers who like to play Survival worlds. New blocks and items mean more redstone projects and designs for Creative players.

Players who want to play the new Minecraft Nether update likely had the change since February. Mojang has added incremental updates to the game since snapshot 20w06a. Even for players who don’t like to play on experimental builds, they likely had a taste of the new release. 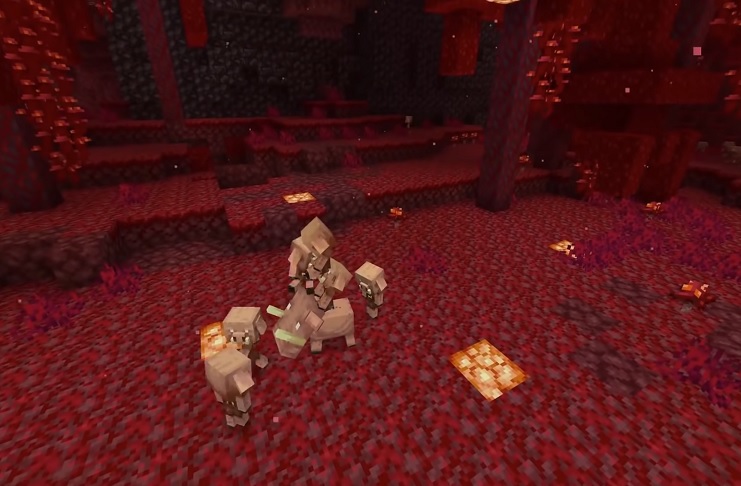 Since June 4, pre-release builds have come out almost every middle of the week. Updates came out last June 4 and 5, June 10 to 12, and June 15 to 17. Part of the new content will be the new soundtrack – all of which not coming from C418.

There are three new soundtracks and a new music disc, all coming from Lena Raine. The three soundtracks are Rubedo, Chrysopoeia, and So Below. The music disc will have the song Pig Step.

The new update is also the first time that Java (original) and Bedrock (Windows 10) editions of Minecraft will have the same update number. For more information on the Minecraft Nether update, players can consult the Minecraft official wiki.