Made by the designer and innovation company, AKQA, a map developed with Minecraft Java Edition called Blockdown Simulator simulates the event of the ongoing pandemic and teaches gamers the significance of social distancing against it.

Dubbed the Blockdown Simulator, the free map is set in a village infested with zombies. Players, therefore, take the role of either an observer or a nurse. The goal of the game is for everyone to remain uninfected and thereby prevent the hospital from getting too crowded. 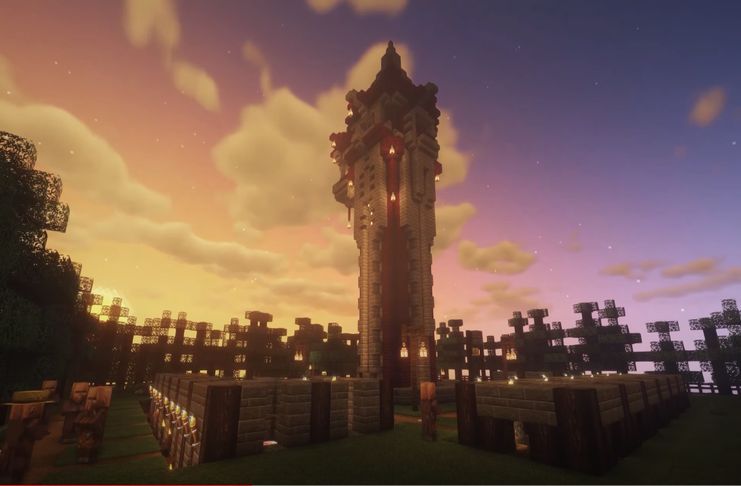 This Minecraft map’s concept may be simple enough from the get-go, but there are dynamics involved. These uncontrollable factors can either make the game less simple and more difficult, depending on how players respond to the changes.

Making for a chief disruptor into the game is a tower at the epicenter of the map. Being the center of the game’s creations, it randomly spawns villagers and zombies that add to the overall population. Furthermore, the same construct also has the power to place houses at different elevations and even lock or unlock doors.

Underneath the village is the saving grace of the overall map, that is a hospital of limited space. A haven for the sick designed for healing and with the nurses playing a pivotal role in the overall process.

The developer, however, denies the notion of creating the map in order to simulate real-life events induced by the progressing epidemic. Yet, despite this denial, it is quite telling where the game’s fundamental mechanics are indeed inspired from.

One thing that the game seems to project, however, is that of the importance of social distancing. That is, in the hopes of containing a contagion that seems to affect everybody.

Another major insinuation coming from the game is the idea of how the disproportion between the healers and the sick could prove problematic.

Fans of the franchise who had moved on from the Java Edition of the game will unfortunately not find the map playable. Players of the Bedrock Edition in console, specifically, will not find themselves able to play the map.

Yet, for those who are able to play the game, the developers are encouraging such players to innovate and build upon their established formula. All, as it appears, for the sake of making the Blockdown Simulator ‘more compelling.’