Upcoming MMORPG New World posted a new update on their game. Details about food, drink, weapons, and armor among those fleshed out by the blog from Amazon Game Studios.

According to the blog, New World is moving away from its potential survival aspects. While players don’t need food and drink to survive, gamers would want to take advantage of it.

The game will come out on August 25.

Food and drinks in NW give special bonuses

According to their newest blog, Amazon Game Studios looks at the game’s items, including its food and drinks. While much of the game’s visuals have not changed, the details of its items are much clearer. 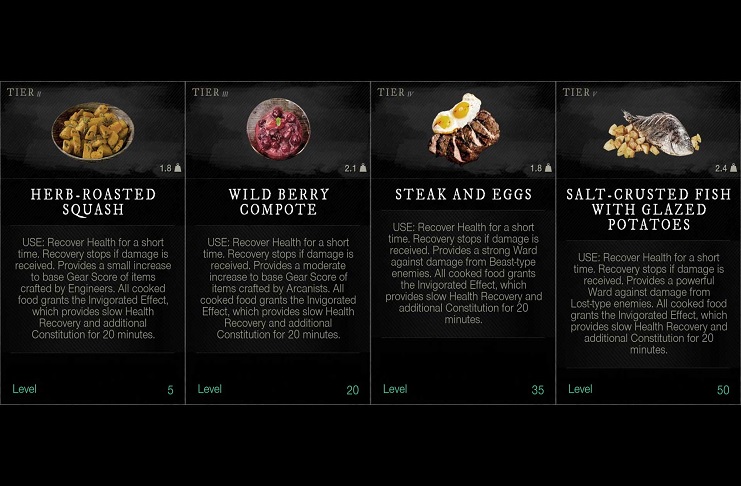 For starters, a meal in NW can restore health and give some health recovery buffs to the character. The passive health recovery works in and out of combat, so it’s smart to eat before going for an adventure.

Food also increases the player’s Constitution stat in-game, which adds more base health. Better types of food have more varieties of effects too. Some can improve defense against enemy types, while some improve stamina recovery rates.

Food also has a ton of varieties, which makes it so appetizing. Food items have images, which means players can see the food they eat. Tier 2 food starts with herb-roasted squash, with Tier 5 being a complex salt-crusted fish with glazed potatoes.

This process makes the adventure within NW more viable if players take time to have the right food and drink with them. All the additions they did are uncommon to many MMORPG games.

Potions and tinctures can save adventurers in a pinch

The blog update for New World also talked about their magic potions and tinctures. Tinctures can provide instant effects that can help save players in a pinch. It can heal HP or mana, depending on what the player takes. 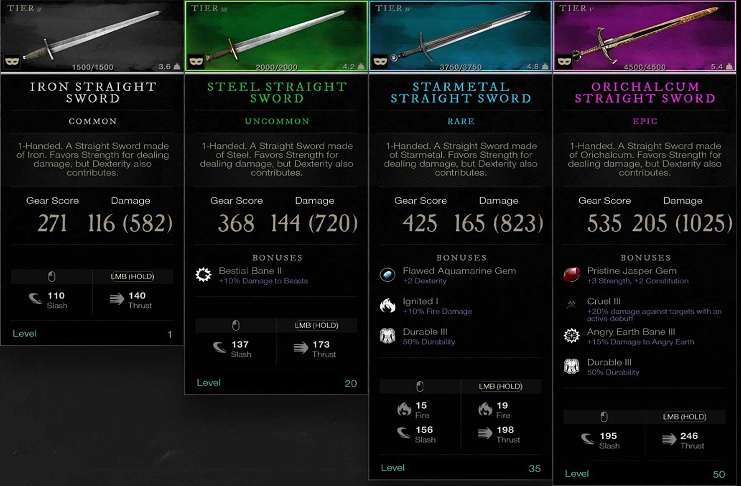 Tinctures also act as items that can heal status abnormalities like poison or bleeding. For potions, these give the player specific bonuses for their stats. A Strong Void Defense Booster, for example, can increase void absorption for 15% over three minutes.

Even with all the benefits, passive healing and health regen will still be crucial. Players can also avail of weapon coatings, which give bonus damage to different enemies. Distilled Wraith Coating provides small bonus vs. wraiths, while a Powerful Angry Earth Coating gives maximum damage.

Weapons and armor also follow a few conventions, like the standard color for every weapon and armor tier. Higher tier arms also give more perks, with Epic armaments giving up to three perks.