ABC’s mockumentary family sitcom Modern Family is all set to say goodbye to its fans this week.

After airing a total of 11 seasons, the series will end its run with a two-part series finale. Many of the show’s fans are torn between being excited to watch how things will end for each of the characters and being emotional over the fact that it is farewell for good to the misadventures of the Pritchett-Dunphy-Tucker clan.

Questions about what’s next for the cast members are swirling around though. Fortunately, reports reveal that while Modern Family has come to an end, followers of the show can still catch some of the cast members in their next projects.

Cast reveals what’s next for them

According to Pop Sugar, some of the actors on the show already have projects lined up for release sometime next year.

Ed O’Neill, who played Jay Pritchett, is going to be in an indie fast-food dramedy titled The Last Shift.

Julie Bowen, who played Claire Dunphy, has been tapped to play a lead role in a new series called Raised by Wolves. Fans can also catch her in Hubie Halloween, an upcoming comedy film, that also stars Adam Sandler, Maya Rudolph, and many more. 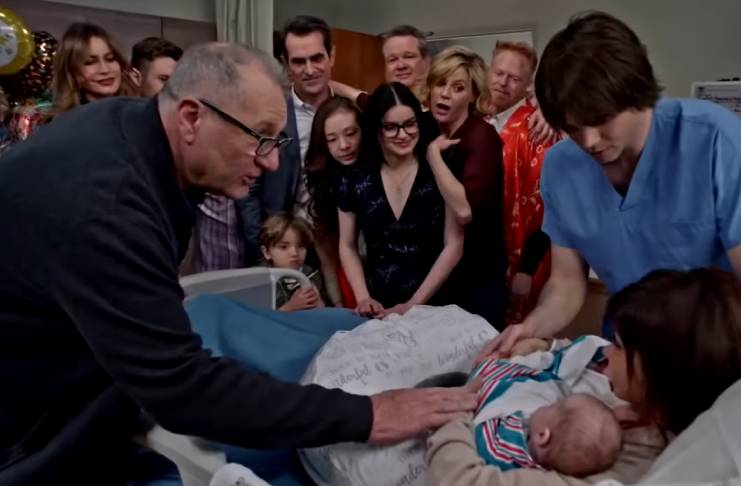 Bowen’s on-screen husband Ty Burrell, who played Phil Dunphy in Modern Family, is currently the voice of a character in the animated family comedy Duncanville. As for Jesse Tyler Ferguson, who played as Mitchell Pritchett, fans can catch him hosting the TV show Extreme Makeover: Home Edition. He is also slated to return to Broadway this spring in Take Me Out.

Sofia Vergara, who played Gloria Delgado-Pritchett, is currently keeping herself busy in self-quarantine. But, as the newest judge in NBC’s America’s Got Talent, she recently announced in her Instagram story that they are opening auditions online.

Other actors take a break

While the majority of the cast members are getting their schedules filled up, some of them have not made any announcements yet on what’s next for them. Eric Stonestreet, Ariel Winter, Reid Ewing, and Rico Rodriguez may be taking a much-deserved break from filming.

Modern Family season 11 finale will air on Wednesday, April 8 at 9 p.m., preceded at 8 p.m. with a farewell special.