Celebrities and fans mourn the loss of Fred Willard, who played the role of Frank Dunphy on “Modern Family.”

Modern Family just ended its final course in April. While the show had continued to become one of ABC’s top scripted material, it, unfortunately, concluded its plot in its 11th season.

One of the highly praised episodes in its final run is Legacy. This is where the Pritchett-Tucker-Dunphy family said goodbye to one of their extended family member, Frank Dunphy.

The episode was reportedly a good send-off to Fred Willard’s character. However, it also became a “due send-off” to the actor.

On May 15, the “comedic legend” passed away at the age of 86, according to Cheat Sheet. His handler and manager, later on, confirmed that he died of “natural causes.”

Fred Willard was part of the cast of Modern Family since its pilot season. He first appeared on Season 1 Episode 10 titled, Undeck The Halls. While he was not a member of the main cast, he obtained nominations for his role as Phil Dunphy’s father.

Upon learning the news of his passing, his co-stars from the show took their sentiments and bid farewells on social media platforms, according to Pop Culture. 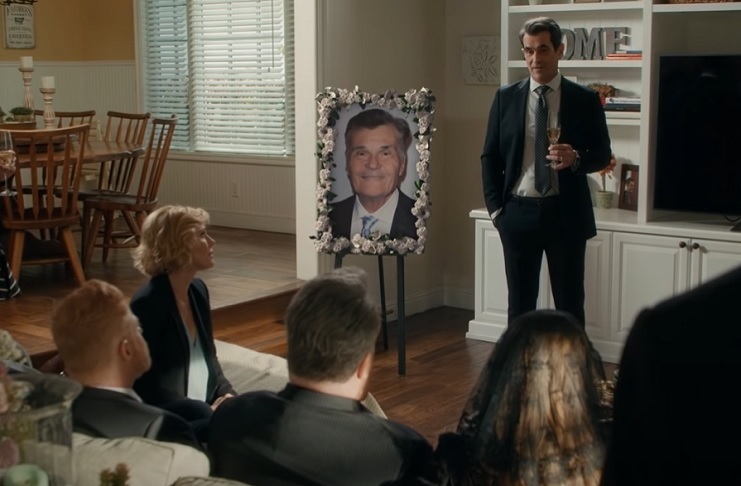 Ariel Winter, Noland Gould, and Sarah Hyland, who played the roles of Alex, Luke, and Haley, also went on to share their appreciation and goodbye to their on-screen paternal grandfather.

Aside from the young actors, other cast members also “chimed” in. Sofia Vergara, who played Gloria Pritchett, reportedly re-shared the news on her Twitter and included a “crying face emoji.”

Sofia’s on-screen son, Rico Rodriguez, who played Manny Delgado, bid his goodbyes, as well. He also deemed Fred Williard as “one of [the] family members.” “You will be missed,” he added.

The on-screen couple, Jesse Tyler-Ferguson and Eric Stonestreet, who played the popular roles of Mitch and Cam, both shared how honored they were to work with the “comedic legend” Willard. The same is also true for the daughter on the show, Aubrey Anderson-Emmons, who played Lily.

Fred Willard’s celebrity friends and previous co-stars also shared their appreciation and sentiments on social media. All of them deemed the actor as “the funniest man” they have “worked” with over the years.