I am incredibly proud, happy, and excited to announce that ITTA will be released on April 22nd for PC and Nintendo Switch!

Thank you to everyone for all your support so far. We're so close!

The game will launch via Nintendo eShop and will arrive on PC through Steam. A new game trailer was released giving a glimpse of what ITTA brings to the table. Exploration elements, as well as a, quick peek on the storyline, are seen on the trailer.

According to Armor Games Studios, ITTA is a bullet-hell adventure game set in a pixel-drawn world full of monsters.

The game starts with Itta waking up and finding herself surrounded by her deceased parents. A spirit guide takes the form of the family house cat and gifts her a revolver. The game is similar to the classic Zelda games and other titles such as Nuclear Throne and Titan Souls.

Navigating the game from one level to another is very challenging due to various unique strategies needed to defeat the monsters. There are 18 boss battles waiting and mastery of twin-stick shooting is needed.

Weapons are abundant throughout the game. The availability of weapons also changes depending on the type of monsters in the current stage.

Another thing that is impressive is the storyline of the game. Thus, William’s included an invisibility mode wherein the player can experience the narrative without the action.

Details about the price of ITTA has not been revealed yet.

It will be a fun-filled April for Nintendo fans as another great game arrives next month. Trials of Mana remake is set to launch on Apr. 24. The demo has arrived last week and the expectations were high for the said game. 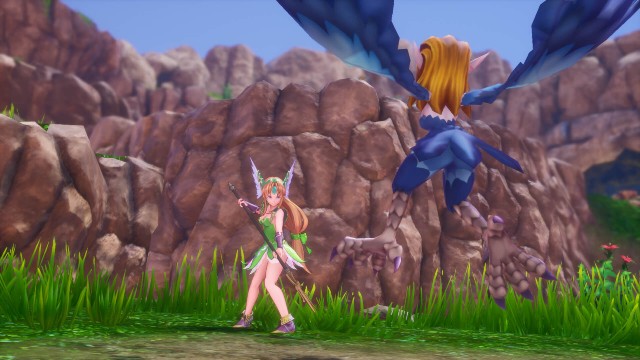 The game was, originally, released in Japan in 1995 with the title Seiken Densetsu 3. The game has then been available to Western players through Collection of Mana, another Switch exclusive.

This time, Square Enix is taking care of Trials and it is reported to have the same treatment as Secret of Mana, the second installment of the game. The game studio planned to rebuild the game from scratch and the studio’s hard work is set to pay off by the last week of April.

Trials of Mana is currently priced at $49.99 on Steam.