Modern Warfare continues to surprise fans of the series with its extended storylines, told with finesse through its multiplayer modes like the incredibly popular Warzone.

As the game is all but confirmed for a sequel — thanks to the bombastic return to the form of Infinity Ward, we are now beginning to see a ton of new teasers in the lead-up to what is probably one of the most successful first-person shooters in recent history.

Last year, Activision, along with developer Infinity Ward managed to bring back some much-needed life in what is possibly the publisher’s most important franchise. As Call of Duty: Modern Warfare managed to snag a whopping $600 million in its first three days, the reboot of the modern classic has somewhat cemented its bid for ascertained sequels, what with that exciting ending that calls back to the original Modern Warfare released back in 2007.

Recent emerging storylines from the Warzone have had its share of surprises for the campaign’s biggest fans, the most important of which is the reveal that point character CIA SOG Officer “Alex” has survived his voluntary sacrifice in the climactic moments of Modern Warfare. He was last seen manually placing the explosives in Barkov’s gas facility, resulting in his apparent death after it detonated. However, the Season 3 update of Warzone officially reveals that he survived, albeit with a prosthetic leg. Alex now plays a role as one of the many Operators in Warzone – but that in itself might not be all there is to it.

Following some prodding from a fan on Twitter who wished aloud that Alex would return for Modern Warfare’s sequel, the game’s narrative director, Taylor Kurosaki, quipped back saying, “Who says we won’t?” While this may not be the most solid of reveals — and due to the ever-changing nature of game design that sees tons of plans scrapped, it’s not exactly far-fetched to see Infinity Ward bringing back one of the most genuinely interesting characters in this rebooted subseries. 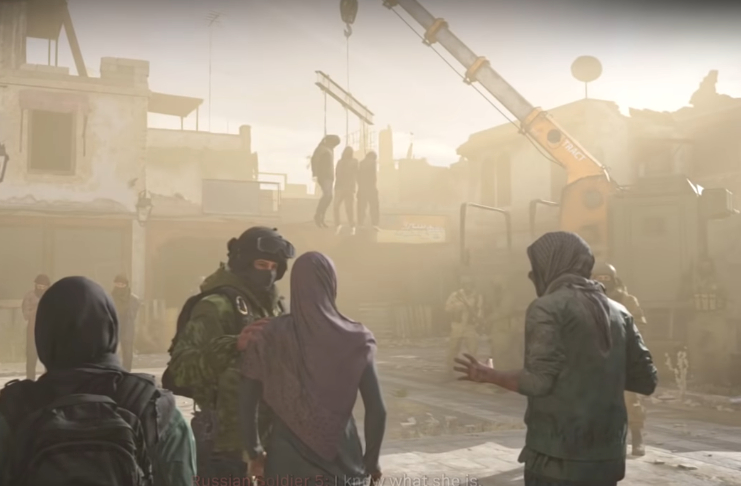 Where does the reboot go from here?

All of that said, much of the uncontained excitement may be attributed to the implied return of the original Modern Warfare’s Task Force 141 members: Soap McTavish and John “Ghost” Riley. Their comebacks are cause for a ton of speculation, as the rebooted Modern Warfare has branched significantly from the original, begging the question of the eventual fates of these two characters.

Of course, with a brand-new year upon us, more news regarding this next Call of Duty title may be much closer than we think, as the series has always been known for its yearly entries.

Call of Duty: Modern Warfare is now available to play on PS4, Xbox One, and PC. The game’s free-to-play standalone battle royale title, Call of Duty: Warzone, is also available across all three platforms.