The rolled out update is available to both the PC and console versions of the game.

Players who play an updated version of Monster Hunter World: Iceborne will see a new Master-level event quest in the game. Dubbed ‘The Eternal Gold Rush,’ it paves way to meeting the new monster Kulve Taroth, an elder dragon.

Group of players who rushed and overcame the elder dragon are entitled to Master-grade materials for creating brand new gears. These new equipments include a shiny armor for the hunters and their palico. In addition, weapons made from Kulve Taroth Sieges are also upgraded via these new materials.

Return to the Caverns of El Dorado. #Iceborne Ver. 13.5 is available now!

Making for another addition into the game’s bestiality is the Arch-Tempered Namielle. Namielle is a fearsome elder dragon with a strong attack, high elemental affinity, and astonishing endurance. Definitely not something which anyone can do solo with ease, if at all.

While it will not coincide with Kulve Taroth’s availability, Namielle’s appearance into the game is to be expected for a limited period beginning April 30. Namielle is accessible via “The Distant Dark Tide” quest when released. 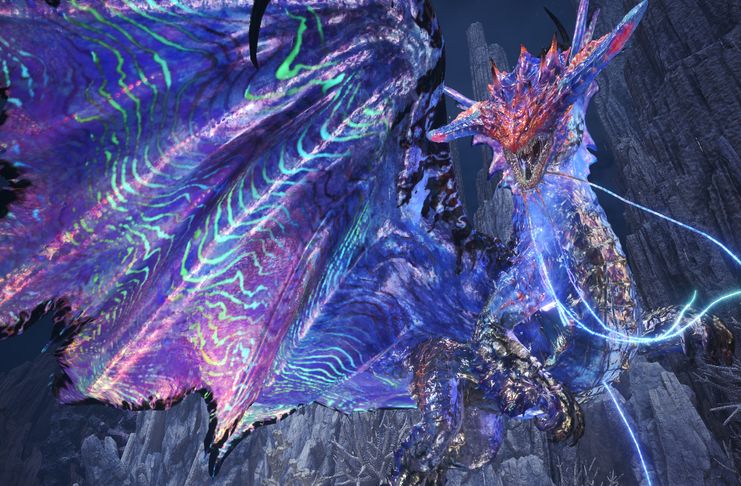 Players who are eager in adding Namielle to their kill list will find more than just that by beating the ferocious creature. Those who do manage to slay this fierce monster would be able to craft the Namielle Tentacle Gamma gear.

Aside from the aforementioned armor set, players who managed to get a hold of Namielle’s loot can construct Layered Armors, as well. Particularly, the Guardian armor, Artian armor, Black Belt armor, Showman Earrings, and Acrobat Earrings.

Furthermore, Capcom appears to be adding more to the surprise by temporarily raising the chances of players getting rare weapons. That is, by choosing to appraise Incandescent Weapons.

Meanwhile, Monster Hunter World: Iceborne is currently having an ongoing event with the Full Bloom Fest event still underway. However, players will only have until May 7 in order to participate in the event whose prizes involved a seasonal gear for hunters and the palico.

The Full Bloom Fest is hard to miss. While in effect, players who logs-in to their account will be approached with a ticket alluding to the present goings-on in the game. Players who received the Full Bloom ticket may use it as ingredient in creating a unique weapon or equipment.

But there’s more to see, so players are encouraged to join the event while it lasts.