Morgan Freeman has not, allegedly, been taking good care of himself.

According to Globe, Morgan Freeman’s health is deteriorating because of his age and issue with his hand. However, he just doesn’t want to stop working.

“Morgan does a lot of voiceovers because his calming, gravelly deep voice is still in high demand. He keeps taking on more. No one is bashing his hard work, but anyone can see he’s getting foggy and quieter – even in public – and the fear is he’s working himself to the grave,” the source said. 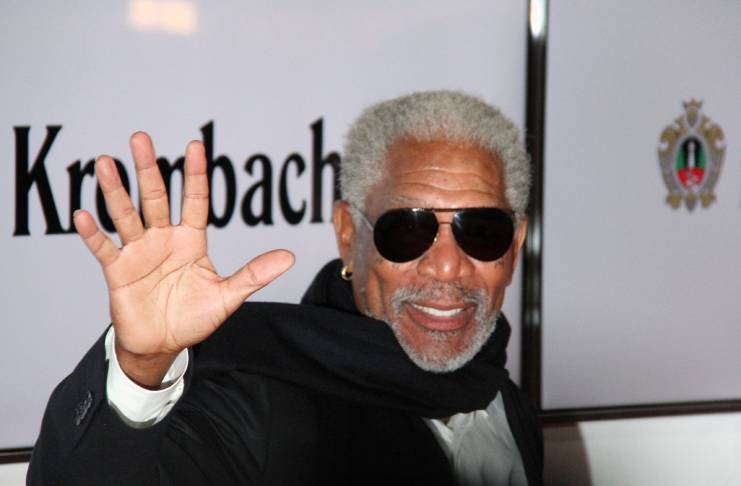 Following an accident in 2008, Freeman never regained the use of his left hand. And it has, allegedly, been causing him pain.

“His limp and lifeless hand gives him grief and chronic pain, but he refuses to let it get him down and he just keeps moving on. His friends keep urging him to take a holiday and have some fun but he says he wouldn’t know what to do if he stayed away from a movie set too long. The set is where he feels most at home these days,” the source said.

However, there is no proof that Morgan is overworking himself to the point of putting his health at risk. Even though he has issues with his left hand this doesn’t have anything to do with his work as an actor or even as a voice actor.

During an interview with Esquire magazine, Freeman discussed his inability to do certain activities after he was diagnosed with fibromyalgia.

“There is a point to changes like these. I have to move on to other things, to other conceptions of myself. I play golf. I still work. And I can be pretty happy just walking the land,” he said.

The actor also said that there are some instances wherein he’s forced to act to cover up his illness and to ensure that it won’t affect his role.

Morgan Freeman never said anything about overworking himself to the point of exhaustion or to the point of hurting his hand even more than the pain that he’s already experiencing.

The Brilliant Team Behind SIDUS HEROES

When is the right time for children to learn to swim?

SIDUS HEROES – Overview of the Path to Success

The Metaverse Game Raised More Than $21 Million in Its IDO

Inspired by a Global Team of Professionals – Firework Games