Mount and Blade II: Bannerlord is now among the top five most played games on Steam just a few days after its release, currently sitting just behind CS:GO, Dota 2, and PUBG.

In what could be considered to be one of the biggest hits this 2020 on Steam, Mount and Blade II, otherwise known as Bannerlord, has reached a peak of more than 200,000 players and more than 11 million hours of gameplay, reaching the top four in the Steam concurrent player charts. 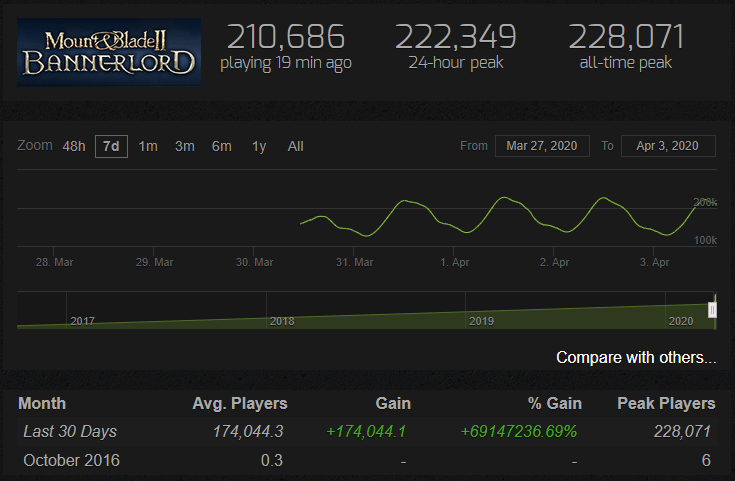 Mount and Blade II: Bannerlord, considered to be a “sequel-prequel” to the renowned Mount and Blade series of games, is developed by Turkish software company TaleWorlds and published by Swedish gaming company Paradox Interactive.

It is a realistic role-playing game (RPG), in which players command small armies of soldiers to embark on adventures and complete quests, gaining fame, gold, and glory until they eventually reach royal status.

The setting of the game is in a Dark Age-analogue called Calradia, where the Calradic Empire is shown to be in quick decline and the predecessors of the factions in Warband showing up for this evolution of this siege game series.

All the equipment in the game would be inspired by the different realms of the Early Middle Ages, thus adding to the authenticity of the in-game atmosphere. 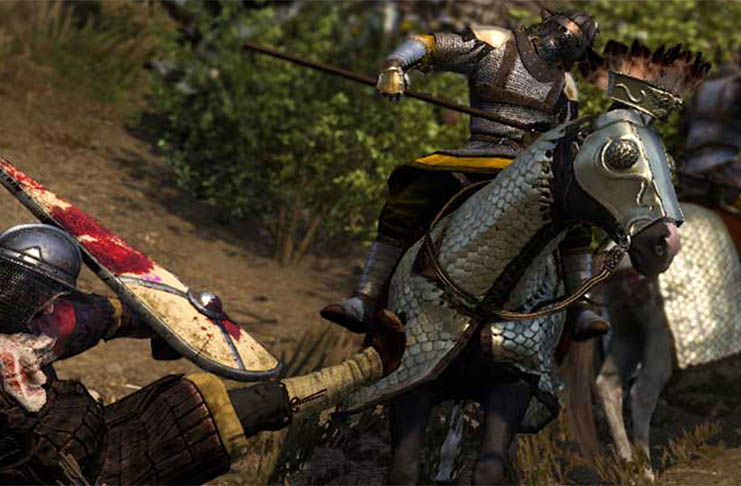 Richness and diversity of gameplay choices

Even in its ‘open alpha’ state, Mount & Blade II: Bannerlords offers lots of content, storylines, and campaign modes to the prospecting player out there.

This time around, the storyline is integrated tightly into the general gameplay of Bannerlords, thus giving players a clear direction for their respective journeys while exploring the enormous game map.

In addition, the developers of Bannerlords decided to take it a step further by placing four engaging modes: Skirmish, Captain, Team Deathmatch, and Siege.

The developers have mentioned that they will continue to introduce more features, game modes, and additional content to the multiplayer modes of the game as the early access period continues in full swing.

Developments in the game

Being an early access title, players have already noticed multiple bugs and released three bug-fixing patches as a result of these in-game problems.

Considering that the hotfixes have been released pretty much immediately, this shows that the developers are committed to the well-being of the game title in the long run.

After all, players have already waited for seven years in order to enjoy a new version of their beloved game.