TaleWorlds Entertainment’s Mount & Blade II: Bannerlord is finally out on Steam after seven years, and the much-awaited siege action game peaked immediately amassing a total of 165,470 users within 24 hours.

Third game most played in the world.

The game is out with a 10% discount for anyone interested to play it immediately. If there is another Mount & Blade game in the player’s Steam library, then there’s an extra 10% off. The discounted early rate, excellent gameplay, and seven-year hype is most likely the reason for its 24-hour success. 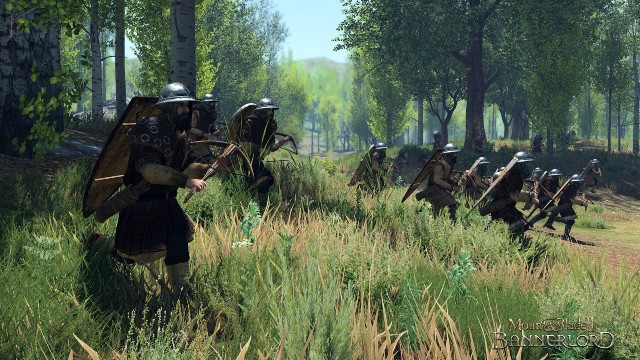 What’s in the game?

Mount & Blade II: Bannerlord is the prequel to the Mount and Blades: Warband and it carries over the best elements of the original game. The game is set 200 years before Warband and it explores the world of Calradia.

The game retains its sandbox-style gameplay. Players can choose to join different factions and five different battling armies either as a mercenary or an outlaw, or pick a neutral side.

Additional features of the latest release include the single-player campaign with custom battle. This campaign allows the player to sit back, relax, and enjoy the traditional campaign setup. Experienced players can skip this game mode.

The multiplayer includes the following game modes – Skirmish, Captain, Team Deathmatch, and Siege. According to developers, the multiplayer modes are still a work in progress but are constantly updated to fix any bugs or issues that may arise.

With the release of Mount & Blade II: Bannerlord to the PC, some console gamers are already waiting for the game to be ported to the PlayStation or the Xbox. However, developers are focused on PC and the game will not be released to consoles any time soon.

“Sorry, but we have been saying in dev blogs and interviews for years that consoles will come further down the road, as PCs are our primary platform,” said TaleWorld through their Twitter reply.

We've always said it will be released on consoles, but further down the road, as our primary platform is PC 🙂

However, this does not mean that the game will not be ported anytime soon. The game is still on its early release and once the game becomes “stable” on the PC, the developers will surely start working on the console version.