Asymmetrical multiplayer game Unfortunate Spacemen is out now on full release. Coming out of its Early Access status, the game also moved to shed away its price.

Unfortunate Spacemen is now free to play. For players who want to support the dev team, the Death Proof Edition is available for a certain fee. This edition of the game has cosmetic microtransactions as a reward for paying for the title.

Spacemen is a game of trust and betrayal

The story of Spacemen is a fun, multiplayer feature that is reminiscent of games like Trouble in Terrorist Town and Nemesis: Distress. The idea is fun and unique, with many twists and turns.

Players are employees of The Company, a space exploration company which is not so different from Weyland-Yutani. Much like many space corporations, The Company disregards its employees.

In the game, players are waiting for rescue in their failing outposts. A rescue can only happen if the players cooperate with each other. All of this means trusting each other and doing different goals to make sure the rescue happens.

The twist comes somewhere at the start. Among the crew is an alien pretending to be a member of the crew. The alien’s job is to derail whatever rescue plans the crew has in sight.

The shapeshifting alien monsters has their own goals to make sure they win the entire thing.

Players can act as the traitorous alien monster

For players who will play as the alien, Unfortunate Spacemen has its own goals for them. Playing as the traitorous monster, players can lay traps, sow discord, and kill others when they’re safe. 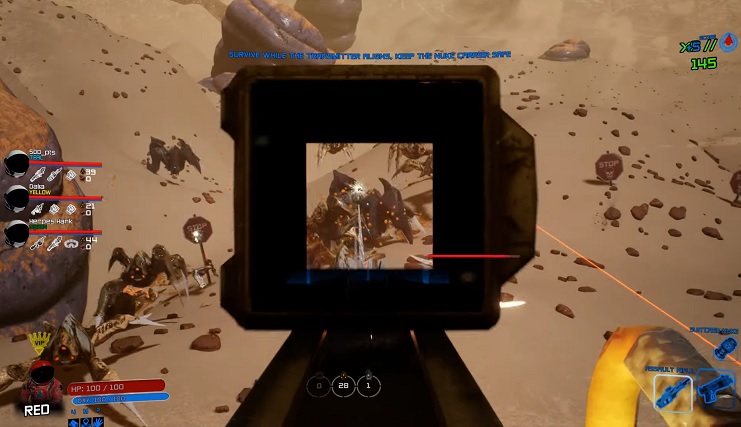 If subtlety is not the player’s strong suit, aliens can do berserk and attack everyone in their actual alien monster mode. The game can support up to 16 players per game, which means 15 players and one alien.

There are 15 maps spread across space, so players can find a variety of challenges along the way. There are space stations, outposts, warp-speed trains, and even colonies. Dig sites are also available in various maps that represent archaeological pursuits.

Players can also do the five-player story mode and the 10-player survival mode. As players enjoy and win, they work they way up the corporate ladder. Higher player ranks mean more perks.

Higher levels also mean more customization options for everyone. Players can tweak everything from color to design, adjusting to aesthetics and playstyle. Gamers are yet to see the potential of an indie game that relies on a large player base.

Unfortunate Spacemen is remedying this problem by going free to play. The game is available for PC on Steam.