Asteroid Apophis will do a flyby to Earth in 2029, and it’s reportedly close enough to graze the orbital path of satellites

NASA is already making plans for the flyby predicted on April 13, 2029. Even though it’s still a decade away, the proximity of the asteroid coming in contact with our planet it a cause for concern.

The details of the asteroid Apophis

Apophis is 340 meters wide and will come as close to Earth with a distance of 31,200 kilometers. However, it’s still a good thing that NASA ruled out the possibility of it hitting Earth.

The asteroid will be 1,100 feet wide and will cause no harm to humans but will be traveling at speeds faster than anything imaginable.

As per experts, the approach of the asteroid will give NASA the perfect opportunity to study potentially life-threatening asteroids due to the flyby.

“April 13, 2029: the 1,100 foot wide Apophis asteroid will come so close to Earth it will pass below some satellites. NASA and @SpaceForceDoD will work together to enhance how we detect near-Earth objects and develop strategies for mitigating threats.”

When Apophis passes Earth, it will be visible for all to see from the sky without the use of microscopes.

April 13, 2029: the 1,100 foot wide Apophis asteroid will come so close to Earth it will pass below some satellites. @NASA and @SpaceForceDoD will work together to enhance how we detect near-Earth objects and develop strategies for mitigating threats. https://t.co/RHg0OdIbiG pic.twitter.com/jdPPIC2aFN

NASA has big plans for the asteroid Apophis

NASA issued a statement saying that on April 13, 2029, there will be a speck of light that will streak across the sky and get brighter and faster.

They also mentioned that it would travel more than the width of our Moon just within a minute, growing as bright as the stars as the Little Dipper.

The giant space rock was first discovered in 2004, and NASA was concerned that it would hit Earth in 2029. Thankfully, the percentage of that happening was only 2.7%. Hence, it didn’t cause much panic. 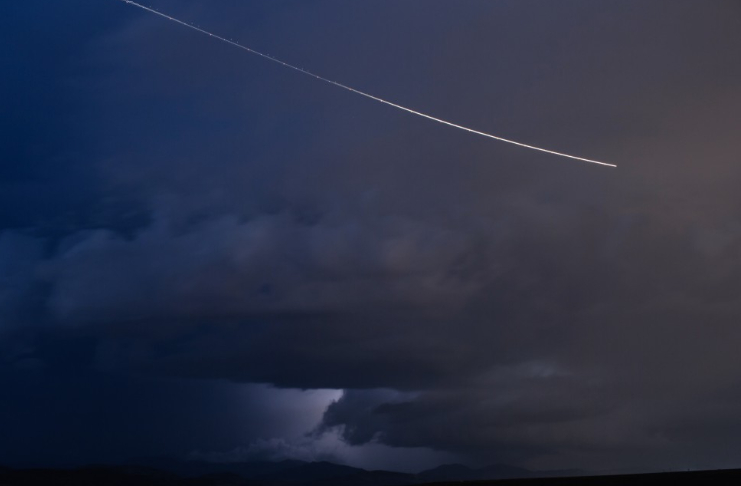 The scientists made sure their estimates were right by studying the orbit of the Sun. By doing so, they eventually ruled out that it would be in direct contact with Earth.

Experts from NASA will use the data at Apophis’ flyby in 2029 for its next approach in the year 2068. This would serve to understand the path in better detail.

Astronomer Davide Farnocchia says, “We already know that the close encounter with Earth will change Apophis’ orbit, but our models also show the close approach could change the way this asteroid spins, and it is possible that there will be some surface changes, like small avalanches.”