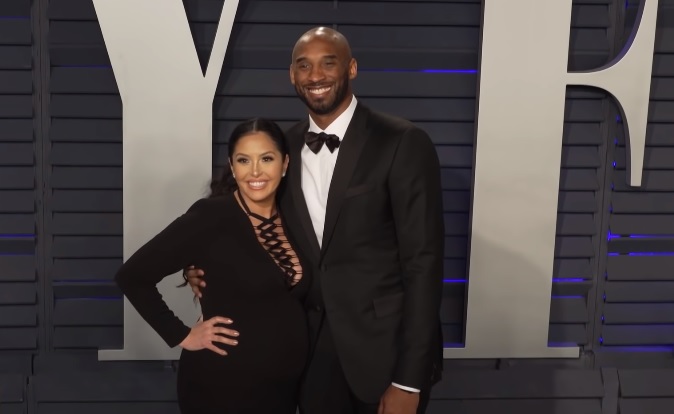 Vanessa Bryant discovered a heartbreaking letter written to her by Kobe Bryant before he passed away.

It was not long ago since Kobe Bryant’s tragic death sent shockwaves all over the world. As several publications broke the news about Bryant’s passing, families, friends, and fans of the NBA player shed tears of complete sorrow.

All of the people who know the star probably feels like that day is still yesterday, especially his family. Nevertheless, it appears that Kobe Bryant left his wife something to hold on to before he and his daughter, Gianna, left.

Vanessa Bryant, the wife of Kobe, celebrated her birthday recently with a little bit of comfort despite the death of her husband and daughter. This was because Kobe Bryant had written her a letter.

This letter was the last one he wrote her before he, their daughter Gianna and seven others died in a helicopter crash in January.

Vanessa revealed in an Instagram post that she found an unopened letter from her late husband labeled,

As she mentioned in her post, she waited a day to open it as it gave her something to look forward to on her birthday. Vanessa also revealed that Kobe had drawn a picture of an angel on the cover of the card.

“Missing the Love of my Life and my sweet little Mamacita- my fellow Taurus. Grateful to wake up to my 3 sweet girls today. Wish we were all together.”

Vanessa has been very open about her grieving process and posts frequently about her daughter, Gianna, and Kobe. Recently, she shared a touching tribute to commemorate Gianna’s 14th birthday.

“Happy 14th Birthday to my sweet baby girl, Gianna. Mommy loves you more than I can ever show you.”

In another post, Vanessa called on fans to wear red in remembrance of her daughter, who was fond of red bows. The post was accompanied by a picture of a wristband with the words “Gigi Bryant” and “Mambacita” the nickname Kobe Bryant used to call Gianna.

"Happy 14th Birthday to my sweet baby girl, Gianna." Vanessa Bryant paid tribute to her daughter, affectionately known as Gigi. The teen died along with her father, basketball legend Kobe Bryant, and seven others in a helicopter crash in January. https://t.co/gwYIfpaZeD

Vanessa and Kobe first met in 1999 and directly started dating. After six months, Kobe proposed to her and she said “yes” right away. The couple then tied the knot in 2001 at a catholic church in California.

The lovebirds welcomed their first child, Natalie, in January 2003. However, that same year Kobe confessed to adultery. Vanessa was heartbroken by the whole incident but stayed true to her vows. Over the next three years, the couple focused on mending their relationship and marriage.

Vanessa Bryant found an unopened letter from Kobe Bryant and waited until her birthday to open it ❤️https://t.co/CpcI74tIBD

Consequently, in May 2006, they welcomed their second daughter, Gianna. Vanessa then gave birth to their third daughter, Bianka in December 2016 and in June 2019, they announced the birth of their fourth baby girl, Capri.

Vanessa was left a widow when her husband Kobe and second daughter Gigi died suddenly on January 26, 2020. Although their marriage suffered some highs and lows, the two were definitely soulmates.