With the NBA restart fast approaching, many analysts are weighing in on the plan to avoid COVID-19 among players and staff. Is it foolproof?

As Micky News previously reported, the organizers of the NBA restart sent more than a 100-page memo to its players for the protocols to be observed. One of the implementations is the offering of a “smart” ring.

What does the “smart” ring do?

Per CNN, the “smart ring” that NBA players will be using is a $299 Oura ring. It is “designed to monitor sleep, pulse, movement, heart activity and temperature.”

In theory, it’ll help detect if there are players that are at a high risk of contracting the coronavirus. Unfortunately, there’s not a lot of data made available to solidly confirm its effectiveness.

Dr. Daria Long, an emergency room physician and clinical assistant professor at the University of Tennessee told the media outlet that, “there is not a lot of data on it right now. There have been some studies that I’ve seen — most of the studies are published by the device manufacturers.”

She further expressed, “I don’t care who — if it’s Oura, or Fitbit or Apple — none of them are necessarily proven. We can’t use it to give a false sense of security. We need to think of this as data and ideas in research right now.”

The memo mentioned little information about this device. It only mentions a biometric ring that’ll record players’ vital signs and alerts teams if players are detected to be at risk of contracting COVID-19. 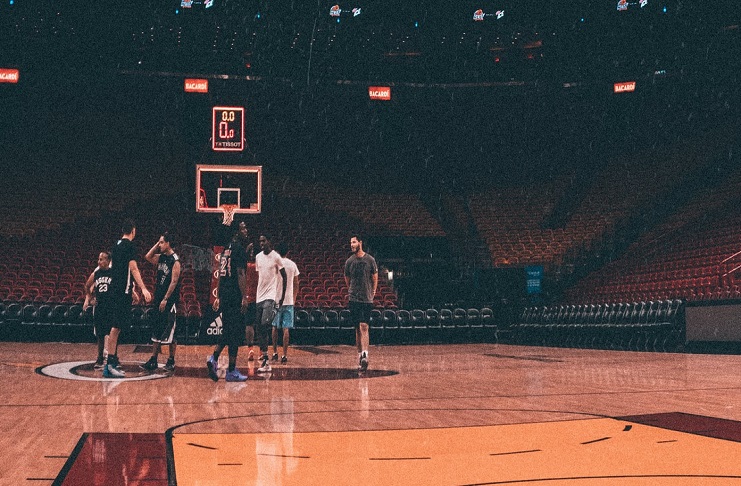 Meanwhile, Orlando Sentinel reports that COVID-19 cases have spiked in Orange County and across Central Florida but the officials behind the NBA restart are confident about the event’s safety protocols.

In fact, the CEO of Orlando Magic, Alex Martins, is said to be optimistic about the basketball league’s plans. “We have consulted with some of the top medical experts in the country, epidemiologists from Columbia University and Johns Hopkins, and others, [including] a former surgeon general [Vivek Murthy],” Martin told Orlando Sentinel.

“So a lot of time and effort has been put into the safety protocols. We’re confident that the protocols that are in place will keep everybody on the Disney campus confined and amongst each other, and with little to no exposure of anyone else from the community. So in saying that, I’m confident that we have a safe plan in place and that despite the recent rise in cases in Florida that it will be a safe environment for all of our players, coaches and staff that are at Disney.”

Furthermore, the constant testing of all that will be involved in the NBA restart, including the staff who are, reportedly, not included in the bubble—meaning they will be going in and out—will not decrease the already existing Orlando inventory of test kits. Accordingly, MLS will be donating to assure the event will not put the local residents at a disadvantage.

It looks like the NBA and MLS have thought out every scenario to assure the resumption of the NBA season. Players are worried reportedly worried, but the CEOs and health officials have assured the public that the health and safety of its players their top priority.

The league will kickstart on July 30.