Last year, Life & Style claimed that Ellen DeGeneres is already retiring from her talk show. And as the host, DeGeneres is tasked to find her possible replacement. An unnamed source told the tabloid that DeGeneres is eyeing Harris or Hart to replace her. However, no concrete pieces of evidence can confirm that these hearsays are correct as of this writing.

The insider also claimed that DeGeneres is also eyeing the likes of Ellie Kemper and Chrissy Teigen. And Portia de Rossi’s wife has also, allegedly, reached out to each one.

“It’s not an easy decision, but it’s one that she’ll be making soon,” the source said, as per Life & Style.

But one year has already passed, and DeGeneres is still hosting the Ellen Show. And by the looks of it, she’s not going anywhere.

During a previous episode of Ellen Show, the comedian told her audiences that she re-upped her contract to host the show until 2022.

“It’s been a lot of fun and 16 years is a pretty run. Sometimes in a relationship, you need to take a break. But I don’t – you’re stuck with me because I just signed for three more years,” Ellen DeGeneres said. 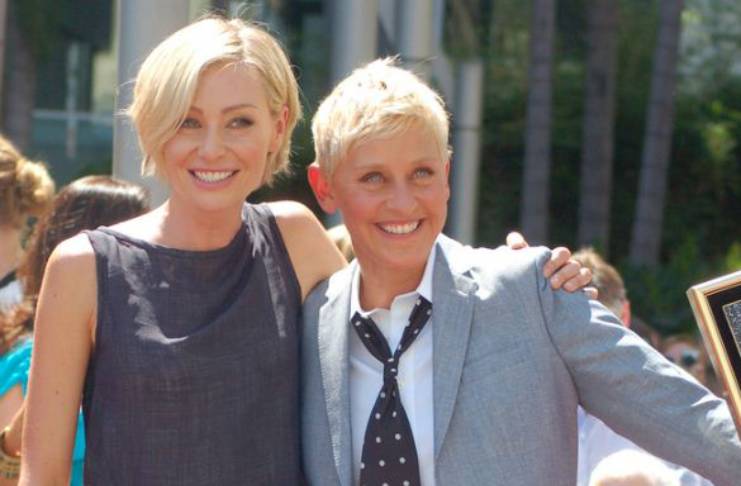 Two years ago, DeGeneres and de Rossi spoke with The New York Times, and the latter said that her wife could do several other things outside of hosting the Ellen Show.

However, it is untrue that de Rossi asked DeGeneres to quit her talk show as what the tabloids have been claiming. The Scandal actress has always been supportive of DeGeneres.

During her interview on the Ellen Show with Jennifer Aniston, de Rossi teased DeGeneres about her obsession with real estate. But the Ally McBeal alum acknowledged that she has loved moving into different homes because of her wife.

And in 2018, de Rossi surprised DeGeneres on her 60th birthday by establishing a wildlife sanctuary and foundation in her name. The actress revealed her present for the funny woman on the talk show.

After DeGeneres learned about the surprise, she tearfully thanked de Rossi.

“When we got married, Portia’s line was, ‘It’s good to be married, it’s profound to be understood’ – and she understands me because that is the best gift that anybody could have given me,” Ellen DeGeneres said.