Pokemon Sword and Shield has had its fair share of controversy both in the lead-up and its subsequent release thanks to an ever-avid fan base and its perceptions of the many changes the franchise has been undergoing in its last few iterations.

Of course, not all the attention has been for the worse, as proven by the debut of Nessa, the second Gym Leader the player encounters in Pokemon Sword and Shield.

Her spunk, personality, and eye-catching character design have proven quite the hit with longtime fans and newcomers alike, which in turn has made her inevitable debut in the accompanying animated web series Pokemon Twilight Wings that anticipated.

While the latest episode formally introducing Nessa has dropped a few days ago courtesy of the Pokemon YouTube channel – much to the excitement of her many fans regardless of nationality – it would seem that dub viewers of the web series would have to wait a few more days to fully enjoy her outing, as the English-dubbed version will not drop until this Friday, April 24th. 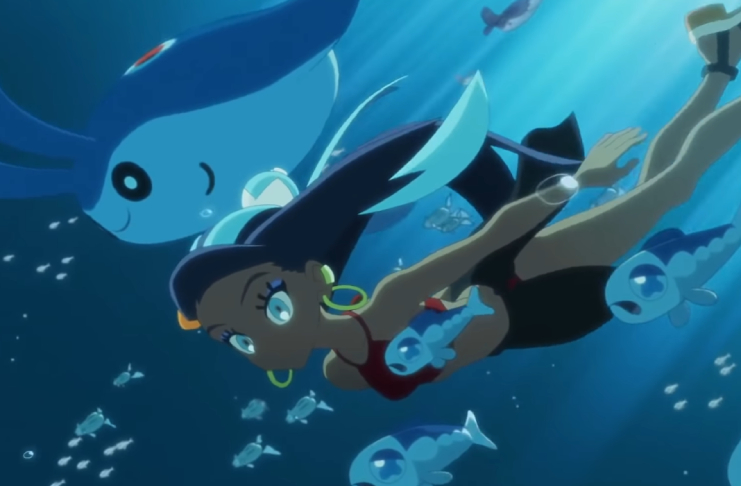 Despite the fact that a large chunk of the fan base will be left out of the finer details of this episode, for the time being, this can’t stop some of the more hardcore fans from figuring it out using visual context.

A report by Newsweek outlines much of what happens in the episode, which first sees a despondent Nessa in the locker room after suffering a defeat at the hands of the Grass-type Gym Leader Milo.

Much of what happens later cannot be really explained thoroughly without understanding the language, but it mostly seems to involve Nessa’s character development as she tries to choose between focusing more on her modeling career and the thrill of conquering the grand stage of Pokemon.

There’s also an interesting after-credits scene involving Oleana, Chairman Rose’s secretary and one of the antagonists of Pokemon Sword and Shield, paving the way for her playing a rather big part in the web series’ next episode.

As we approach the halfway mark for the web series, it’s worth noting that we should begin to see a proper resolution to John. The latest episode foreshadows this by showing his drawing of champion Leon and his Charizard; John, the boy in the hospital in the first episode, gives this to Rose to give to Leon himself.

You can check out all episodes of the web series on the Pokemon YouTube channel. For those waiting on the English dub, mark your calendars for Friday, as it’s expected to drop on April 24th.

Pokemon Sword and Shield is now available to play on the Nintendo Switch.