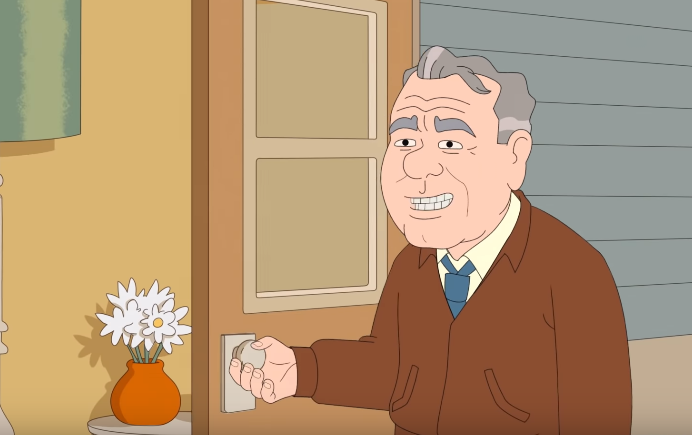 Breaking Bad actor, Jonathan Banks is the new character in the Netflix hit series, F is for Family season 4.

After months of waiting, fans are now looking forward to a brand new season of F is for Family. Known to be the second-longest-running Netflix original, F is for Family season 4 is back for another season and its future is sealed.

Last year, the renewal for the fourth segment was released in January. Over the years,  the series adds new characters on the set which makes the series diverse and vibrant. Now in its fourth year, the animated sitcom is adding more characters to the collection.

F is for Family is an animated sitcom set in the early 1970s. The series was created by  Bill Burr and Michael Price, who is also responsible for the favorite family sitcom, The Simpsons.

Jonathan Banks is known for his roles in Breaking Bad and Better Call Saul series. He is recently announced to join the cast in season 4 of  Netflix’s F is for Family. Banks will voice the character of Big Bill Murphy, Frank Murphy’s father. The recent announcement was released in a trailer revealing a glimpse of the Banks’ character.

Meet the granddaddy of all Murphys. Jonathan Banks is Big Bill Murphy in season 4 of F Is for Family. Coming soon! pic.twitter.com/SeJIV2gV4C

Apparently, the name Big Bad Murphy suggests that his character has a reputation for being unlikable. Furthermore, the trailer proves that Big Bad Murphy is a tough guy and is feared by his son, Frank. Certainly, Big Bad Murphy’s character will create more twists and problems in the family.

F is For Family season 4 cast

Fans will expect that the main characters will be back to reprise their roles. However, Vince Vaughn’s character will no longer be part of the next season. Aside from Jonathan Banks, other characters will also join the series.

Rich Sommer from Mad Men and Glow already worked on his voice character for episode 9. Will Sasso, the actor behind The Three Stooges is also confirmed for season 4.

Jonathan Banks has joined the cast for season 4 of F is for Family! pic.twitter.com/xmRpKNe18F

What to expect in F is For Family season 4

There’s a lot of questions from season 3 that will be answered in the next installment. For instance, fans are wondering about Philip’s drawings on demons which happened most of the season. Phillip’s relationship with his parents will also be revealed in season 4.

Furthermore, there’s a lot to see about Big Bad Murphy’s character and how the family can adjust with each other.

F is For Family release date

Netflix has not announced the official airing of  F is For Family season 4,  however, fans can expect to see the series from June to August.

Image Courtesy Of Netflix/Youtube Screenshot
Micky is a news site and does not provide trading, investing, or other financial advice. By using this website, you affirm that you have read and agree to abide by our Terms and Conditions.
Micky readers - you can get a 10% discount on trading fees on FTX and Binance when you sign up using the links above.