Money Heist made its immensely anticipated return recently on Netflix, allowing fans to catch up with the gang as they carry on with the heist inside the Bank of Spain. Fans were quick to point out significant plot holes in the latest season which could have been avoided.

In the earlier episodes, the governor’s bodyguard, Gandia (Jose Manuel Poga), was revealed by the Professor (Alvaro Morte). Gandia was described as a deadly assassin and a former member of the Spanish Special Forces.

However, his role sparked questions. If Gandia was an assassin, he could find ways to free himself without relying on Palermo’s (Rodrigo de la Serna) advice. Previous episodes showed how Palermo instructed Gandia to dislocate his thumb to slip his hands from the handcuffs.

Fans were in limbo because Gandia was an assassin, but struggled in freeing himself. More importantly, they wondered why Gandia was restrained with handcuffs in the first place, rather than the zip ties like the rest of the hostages. 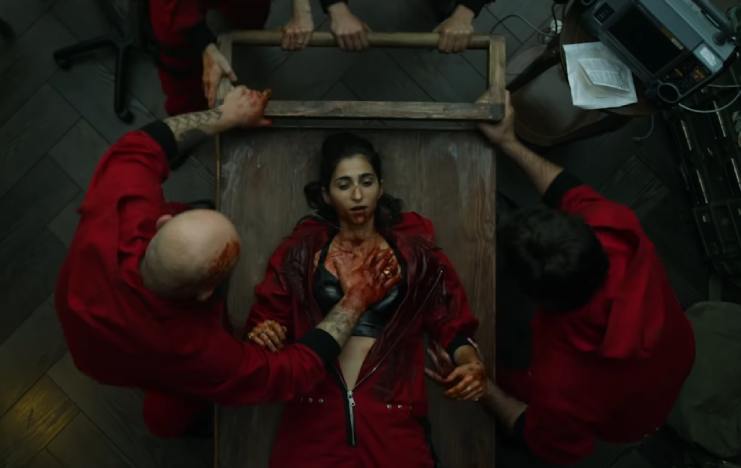 It was apparent that the Professor ensured by all means that pivotal members of the group were briefed with as much information regarding the whole heist, even the building plans. Moreover, he mapped out precautionary measures to avoid being caught up in dire straits.

On top of that, the fans of the Netflix hit series pointed out that the professor failed to figure out the location of the Governor’s panic room. The same room where Gandia confined Tokyo (Ursula Corbero) after escaping.

For the viewers, the Professor planned out every inch of the heist flawlessly since the start of the series, thus he should not have missed this important detail.

Despite all of the shortcomings voiced by fans, Money Heist still remains as the most famous non-English series on Netflix. It continuously receives positive responses from viewers all across the globe.

According to reports, the series is a rare hidden gem and branded as the most addictive show on Netflix. With its adrenaline pumping and brilliant crime scenes, it has been compared to Breaking Bad, Making a Murderer, and even the infamous Prison Break series.

As of press time, Netflix did not release any confirmation for the series’ renewal even though ABC Spain revealed some details regarding the series’ future.

A balancing act between benefits and risks: making sense of the...

Too hot, heading south: how climate change may drive one-third of...

Phone wet and won’t turn on? Here’s how to deal with...