Netflix has recently confirmed that all episodes of Avatar: The Last Airbender are now streaming in HD quality.

The Avatar: The Last Airbender animated television series had initially debuted on Netflix’s platform more than a month ago, but while the show became a Netflix hit, it was not made available in HD.

But as announced through one of Netflix’s official Twitter accounts, NX (@NXOnNetflix), all 61 episodes through Book 1 to Book 3 can now be streamed in high definition quality.

Avatar: The Last Airbender is now available in HD so if you want to see every glorious fiber of Appa’s fur, now is the time. And if you haven’t watched Avatar yet what are you doing why are you like this.

Created by Michael Dante DiMartino and Bryan Konietzko, along with writer Aaron Ehasz, Avatar: The Last Airbender, also known as Avatar: The Legend of Aang, originally aired on Nickelodeon from 2005 to 2008. That three-year run has since produced several awards for the show, including a Primetime Emmy Award, and a number of Annie Awards.

The program also grew into a franchise that included a comic book series, a sequel series in the form of The Legend of Korra, and a 2010 live-action film directed by M. Night Shyamalan. Another live-action version of the series is also underway, to be produced for Netflix. It even inspired a tribute from the hit video game Animal Crossing: New Horizons.

Fifteen years after its Nickelodeon debut, this year saw the animated series land on Netflix’s catalog, and become a certified streaming hit. 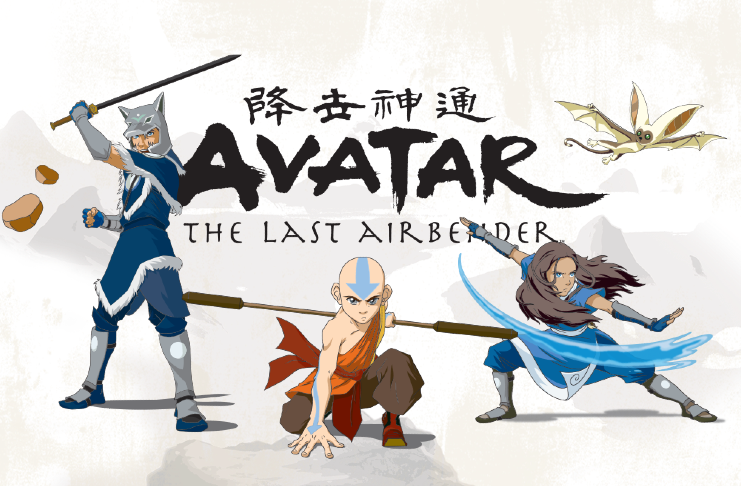 As noted by Forbes, Avatar: The Last Airbender was the most-watched program during the week of May 22. Just a few days ago, Forbes reported that the series is still on Netflix’s top ten list.

It’s hard to determine if Netflix’s recent decision to offer the now-classic cartoon in HD will once again propel the show to another run in the streaming giant’s top ten lists in the weeks to come, but fans of beloved characters such as Aang, Katara, Sokka, Toph, Zuko, Iroh, Appa, and Momo should now have another legitimate reason to binge-watch the show one more time.

In another related story, Polygon reports that the aforementioned Aang and Zuko characters, as well as Avatar Korra and Naga from The Legend of Korra, will be featured in the MOBA Smite as character skins.

As confirmed by SMITE through its official Twitter page, it has joined forces with Nickelodeon to deliver airbenders, waterbenders, earthbenders, and firebenders via its upcoming Battle Pass, which should roll out by next month.

Long ago, the four nations lived together in harmony. Now, they're coming to the Battleground!

SMITE is teaming up with @Nickelodeon for our next Battle Pass, featuring characters from Avatar: The Last Airbender & The Legend of Korra! pic.twitter.com/htwDoYTz26