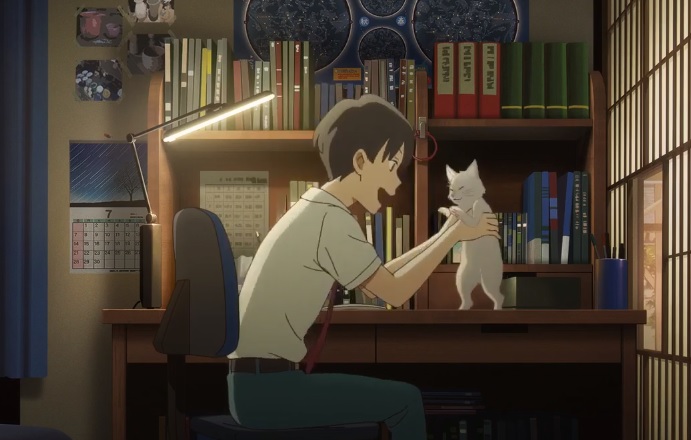 Netflix has announced the release date of its latest entry to the anime genre, A Whisker Away.

In the midst of the global pandemic, Netflix attempts to draw more subscribers by constantly improving its streaming library. For the past months, the platform has released several original titles from distinct genres. However, it appears that the streaming service is not done yet as it is planning to release its latest original anime film.

Netflix’s A Whisker Away will captivate anime fans

A Whisker Away, also known as Nakitai Watashi wa Neko o Kaburu, is Netflix’s latest entry to the anime genre. Since anime is a common source of entertainment for a lot of people, it is certain that the upcoming film will become a smash hit.

The film is based off a script by Mari Okada, well-known for anime movies The Anthem of The Heart and Anohana: The Flower We Saw That Day. It was co-directed by Tomotaka Shibayama and Junichi Sato. The latter is famous for directing the hit-anime series Sailor Moon.

A Whisker Away: plot and cast

A Whisker Away follows the story of Junior-highschool student Miyo Sasaki, who is in love with her classmate Kento Hinode. However, even if she resolutely pursues Kento every day, he never appears to take notice of her. After discovering a magic mask that can transform her into the cat named Taro, she finally grabs Kento’s attention.

The more Miyo transforms into Taro, the more time she gets to spend with Hinode. Unfortunately, this include risks of never being able to turn back into a human if the boundaries between being a human and a feline are lost.

Mirai Shida from The Secret World of Arrietty, The Wind Rises, and My Hero Academia is playing Miyo and Tarō. Meanwhile, Natsuki Hanae from Demon Slayer: Kimetsu no Yaiba and The Disastrous Life of Saiki K. is playing Kento.

A Whisker Away: release date and trailer

A Whisker Away has been previously slated to premiere in Japanese theaters on June 5. However, like all films that were scheduled to release during the pandemic, the release date was also messed up. It was delayed and consequently cancelled. Netflix then picked up the film to release it on its streaming service globally at a later date.

The Original anime A Whisker Away will be available to stream worldwide on Netflix on June 18, 2020. On top of that, a trailer has been also released by the platform for anime fans to check out.