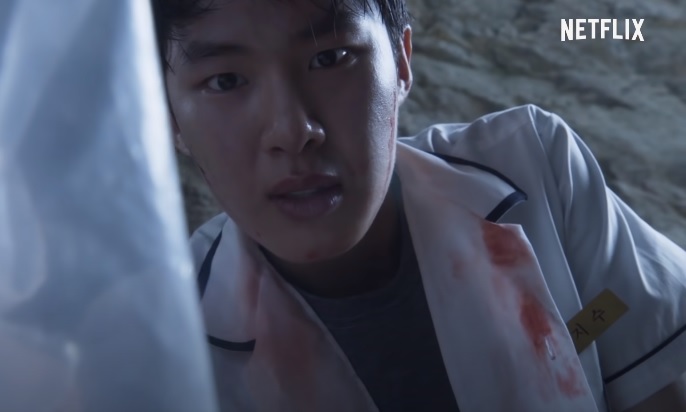 After just a week of Extracurricular season 1 premiere, fans are already wondering about the series’ renewal. However, Netflix remains tight lipped about this matter.

Netflix predominantly strives to expand its streaming library through the development of original films. Over the last few years, the network has created films and TV shows in all sorts of genres, from animated series to romcoms and prestige dramas.

The list is not finished yet because the network is also delving into the Korean entertainment realm. Netflix continually releases original programs and films specifically for K-drama fans. One of these titles is the South Korean TV series Extracurricular.

Extracurricular is a Netflix Original crime K-Drama series written by Jim Han Sae, and directed by Kim Jin-Min. The show is a reflection of the society and the dark side of teenagers that presents a powerful question to this generation.

The season one of the series circulates around the life of Oh Ji Soo who commits crimes to fulfil his ambition of going into a good university. Later on, other students looking to make some quick cash got embroiled in the crimes committed by Oh Ji Soo. Going from model student to criminal, he faced unpredictable dangers to set out his goal.

In other #KDrama-related news, if you're still in an #ItaewonClass hangover, you can catch #KimDonghee back on @netflix, this time in a dark, coming-of-age story, #Extracurricular. The 10-episode worldwide premiere hits the streaming service today. https://t.co/YwJM1eqKGQ

Is there a season 2

Despite only being out for less than a week, Extracurricular has become one of Netflix’s most popular Korean dramas. The show has garnered a lot of viewers and has received positive reviews from critics. After bingeing all of the episodes of season one, fans are now wondering about the series’ future.

Unfortunately, Netflix has not yet made official announcements regarding the show’s season two.  Apparently, it’s still early for Netflix to make a decision on the future of the series. It typically takes the streaming service up to a month, and longer, to renew. Details are also scarce regarding the storyline and cast of the second installment.

Kim Dong Hee, who plays Oh Ji Soo, was also left in a limbo when asked about the future of the series. However, the cast suggested some of the storyline that could potentially happen in the next instalment.

“I want to ask the writer too. Ji Soo could meet a new assistant and could also become a wanderer. Ji Soo could be punished, and Ji Soo or Kyu Ri could betray one another. I can think of various stories.”

Image Courtesy of The Swoon/Youtube Screenshot