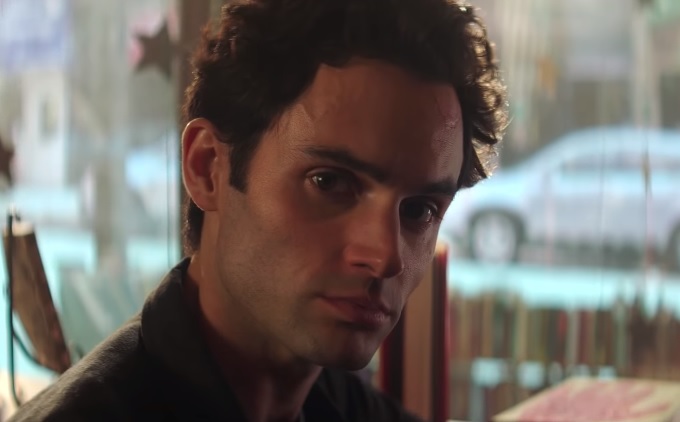 Netflix psychological thriller You is returning for a third season. Penn Badgley, the lead cast, revealed details about the upcoming season.

Netflix series You has proven its success for the past seasons. Not only did it rake millions of viewers, but it was also praised and acclaimed by critics.

After the release of the series’ second instalment, fans questioned the possibility of a third season. Fortunately, Netflix came in bearing good news.

In less than a month of You’s season two premiere, Netflix renewed its commitment to the show by announcing its third season. In a tweet, the network announced in a facetious manner,

“You will return for a third season. As in, the show. Called You. Not you. You know?”

A few months later, the series was given official renewal through a teaser posted in Twitter. The tweet was captioned,

This news did not came as a surprise given the success of You. Reportedly, the second season of the series was viewed by over 54 million subscribers on Netflix.

Also, the renewal was helped by the amount of money that Netflix earned from tax breaks by filming in California. Although receiving a tax credit does not guarantee a renewal, it helps secure one as it makes a series more advantageous financially.

See you soon, neighbor. YOU S3 is coming. pic.twitter.com/rCJx7K9v0P

Penn Badgley, who plays Joe in You, revealed some hints about the upcoming season’s storyline.  During the season two finale viewers learned that Joe and Love Quinn are basically a match made in murderous heaven.

This is because just like Joe, Love has also killed one-too-many people in the name of passion. However, Badgley prematurely spilled that the pair are not soulmates, unlike what it seems in the previous season. He stated,

“He’s afraid of her at the end. Basically, it’s set up for Season 3 in a way where they would be each other’s arch nemesis.”

In addition to that, it is shown in the final episode of the second instalment that Joe has a new object of obsession. This new interest will likely become a central plot of the upcoming season. The character of the series said frighteningly in the finale,

“I will figure out a way to get to you. See you soon neighbor.”

More about the upcoming season

As for the premeire schedule, only a broad 2021 release date has been announced. The production team is expecting the series to be filmed over the summer. However, that’s naturally up in the air depending on how long the coronavirus outbreak will last.