The beloved Korean drama series Love Alarm will be back for season 2. However, no exact detail is still revealed regarding its premiere date.

Netflix continues to upgrade its streaming library primarily through venturing original productions. In the past few years, the platform has produced films and television shows in all kinds of genres, from animated shows to romcoms and prestige dramas.

However, the list is not over yet as the network is also delving into the Korean entertainment realm with original shows and films created exclusively for K-drama viewers. One of these contents is the sci-fi romance drama Love Alarm. 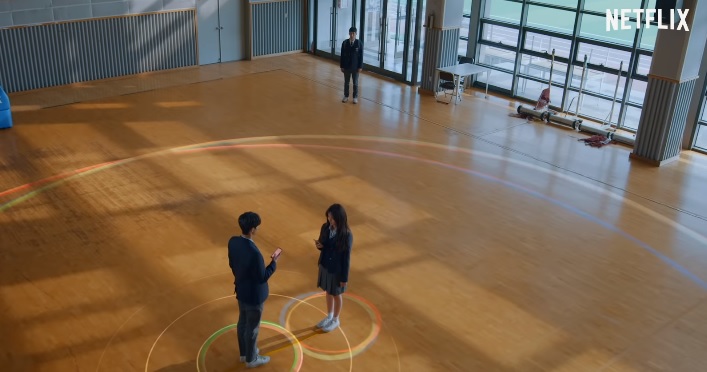 Last year, Netflix released its very first original Korean drama entitled Love Alarm. The show is about a dating app that sounds off when someone within a 10-meter radius likes you. It is exactly as problematic as it sounds because there are a lot of love triangles, hurt feelings, as well as brimming drama.

As soon as the streaming network released the season one of Love Alarm, millions of subscribers binged-watch all eight episodes.The first instalment ended with a huge cliffhanger, and made the fans thirst for more. Several devotees took to twitter their call for a second season.

Fortunately, the director, Lee-Na Jeong, previously said that if Love Alarm’s season one is well received, the company will produce season two. The director stated,

“Season two really depends on how well season one does.”

Since the series was received with high praises from the masses and has garnered a loyal fan base due to its narration and characters, Netflix renewed Love Alarm for season two.

What will occur in the upcoming season

The season one finale ends with Jojo caught between Sun-oh and Hye-yeong, unable to ring either of their love alarm because of the shield given to her by Cheong Duk Gu. Season 2 would no doubt give fans an answer to the question of what happens next for these three and even potentially revealing who Jojo ends up with.

The director also teased some details regarding the three character’s love triangle in the upcoming season. Lee-Na Jeong said,

“For slightly over half of season 1, you’ll get to see the high school years of the characters, followed by the adult years in the later part where we get to ask ‘What’s Jojo’s choice?’ when she grows up.”

In addition to that Love Alarm season two will probably reveal the Love Alarm 2.0 software in action. As seen in the season 1 finale, the app will be able to say who will fall in love with each other, projecting how relationships will develop between two people.

Reportedly, the shooting for the second season already begun before the pandemic crisis arrived. The team are left to shoot some more parts, which will eventually resume after the pandemic is over. Thus, Love Alarm season two is expected to premiere sometime in 2020.