The next generation of consoles is expected later this year with the release of the PlayStation 5 and Xbox One Series X. The PlayStation 5 is going to launch with Godfall, a new exclusive from Counterplay Games.

Very little is known about Godfall for now, but fans want to know more about it already. The good thing is that fresh new details about the game have just arrived.

Drop In And Out Experience

According to recent reports, the game will feature a drop-in/drop-out experience, which is similar to Monster Hunter World. Through this feature, players can seamlessly enter another player’s session or drop out of one. This is an essential feature as those who are facing heavy challenges in the game can easily call a friend for help. 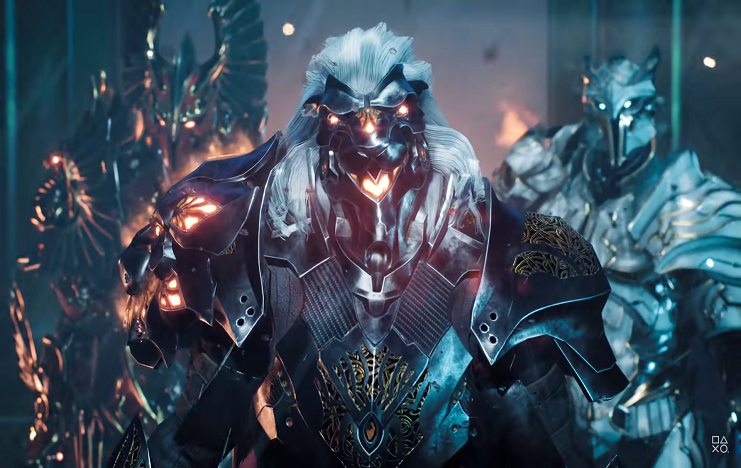 Godfall is an action-RPG, but players have yet to see exactly how combat feels in the game. As melee combat is the focus of the game, players are expecting solid swordplay.

The report says that Dark Souls’ mechanics much inspires the combat system in Godfall. That isn’t to say that the game will feature the same difficulty level as the Souls franchise. What it means is that there will be a more substantial focus on timing a player’s actions.

As for bosses, players will need to prepare heavily for them as they are said to be difficult and capable of repelling multiple enemies at once.

Players will start the game as one of the last members of a group called Knight’s Order. Along with other players, they will be making their way across different realms based on Earth, Air, Fire, and Spirit Elements. Not much is known about the story other than this.

However, it was revealed that the elements would play a massive role in the game. From enemy weaknesses to how an area looks and feels, each of the realms was intended to provide a different experience.

As players progress through the game, they’ll have access to a growing set of combat skills to aid them in battle. Furthermore, they’ll be getting more customization options as well. Their progress will vary depending on what class they choose at the beginning of the game.

Godfall is shaping up to be an exciting title so far, and it could be a great launch title for the PS5 too. All things considered, fans are hoping it doesn’t get delayed.