The introduced Earbuds product of Microsoft will ensure to deliver the best listening experience.

Microsoft is a well-known leading vendor company founded by former CEO Bill Gates in 1975. It develops both computer software and hardware. It is for gaming systems and cloud services. The Microsoft Windows Operating system is the most used operating system globally. Considered leaders in their division, Microsoft office, and internet explorer are prominent. They also have their other products, such as gaming systems and audio hardware devices. All are also known to have high-quality performance, including their newly introduced Microsoft Earbuds. 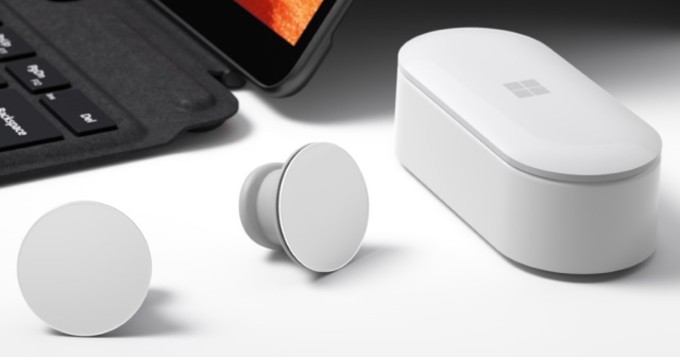 New introduced Microsoft Earbuds comes in pair and wireless. It joins the company of noise-canceling headphones. The product is for listening to high-quality sound performance. The constructed design is circular.

Each Earbud has two microphones. It helps reduce noise-distracting background when speaking into them. With a protective carrying case, an “all-day-comfort” experience is set. It also offers 24 hours of battery life. The users may also enjoy some long hours of continuous playback, which can last eight hours.

Surface Earbuds take advantage of Microsoft cloud. It can translate more than 60 languages. Moreover, it has touch areas that allow users to make swipe and tap gestures. It adds features to control music and other slide presentations from the PowerPoint.

Microsoft also made it with a unique design resulting in in-ear stability. It also supports audio enhancement, including bass effect without distortions.

On the pricing, Apple wins over Microsoft’s. Apple Airpods price ranges $199 in contrast to Microsoft’s price of $249.

Microsoft had expected to launch its newly introduced earbuds over this year. According to Winfuture, Surface Earbuds will be available in European countries. It is starting on May 6. But there is no offered information about the product release outside of Europe.

There must be a delay in its release because of the COVID-19 Pandemic. Moreover, Microsoft has not confirmed any particular timeline yet. Thus, customers will have to wait for further announcements.

Compared to Apple’s release, Microsoft’s previous versions offer a more enhanced sounding experience. It is according to one review. It stated that these newly introduced Microsoft Earbuds would be more worth buying.