During the Marvel’s Avengers War Table live stream, Crystal Dynamics showcased Thor and how he will be played. It was striking to see him sporting shirt and jeans along with his mighty Mjolnir.

One of the event’s main points was dropping a trailer of Thor coming in summoning the Mjolnir which was placed at the foot of Captain America’s memorial statue, sporting a lavender shirt and jeans. Crystal Dynamics then presented a deeper look into the Marvel’s Avengers Thor gameplay.

Another striking detail worth mentioning is Thor’s name tag that says “Hello, my name is Dr. Blake.” As what was later on explained by the devs, the name is more of a nod to Thor’s alias which was first seen in the 1962 issue of the Marvel comics.

Per the original comics, Dr. Donald Blake was the mortal alias that Thor used while he was living on Earth as part of Odin’s test of humility.

This is definitely a sight to see, as Thor is always known for his heavy and medieval Asgardian war get-up. Nevertheless, in the previous trailer drops, Thor was seen sporting such a godly look.

It would seem that the Asgardian armor will be more of an upgrade that players will need to earn or buy so that they can equip him of it.

Meanwhile, diving a little into the storyline, M.O.D.O.K mentioned during a fighting scene that for some reason Thor is responsible for the death of Captain America. This was not what the fans saw with the early trailer drops.

How is Thor responsible for Cap’s death? What we know now from the War Table stream is that the Avengers were set up during the A-Day event when everything went south, not only for the heroes but for all the people in San Francisco, and presumably, the whole country.

Moving on to Thor’s fighting gameplay. As Crystal Dynamics revealed, there will be a series of specific-hero missions for all the playable characters with Thor being one of them.

Although we saw how other Marvel heroes played, as they fought alongside Thor defeating one Adaptoid at a time. With Hulk doing what he does best, smashing the mechs with his bare green hands, and Tony Stark, aka Ironman, zapping the enemies with his mechanic armored hands as well.

One of the Thor missions featured was titled “Once an Avenger.”

Thor was the center of the dive deeper portion, with the devs explaining how his combos and “Heroic moves” work. As seen during the live stream, Thor will be needing the help of his mighty Mjolnir. His attack combos are also Mjolnir-centered and there was, in fact, a special preview of one of his skills—the Tornado Throw. 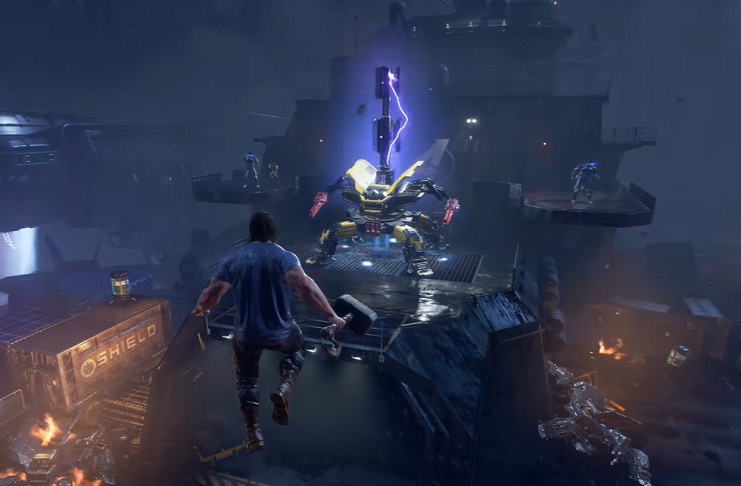 Now, the Tornado Throw has the ability of manual targeting wherein it’ll allow players to mark the enemies one by one for a bull’s eye. Once the Mjolnir makes its return to Thor, it’ll knock out the marked enemies along the way.

The devs recommend pairing this move with a powerful ground pound to produce a might combo. Moreover, it is important to note that manual targeting is only great for a ranged attack. For an up-close-and-personal attack, a hammer spin or a Mjolnir cyclone could be best.

But, Thor’s heroic ultimate is much greater, not to mention powerful, and doesn’t necessarily require a Mjolnir summoning—it’s the Bifrost.

The Marvel’s Avengers game is set to be released on September 4 for  PlayStation 4, Xbox One, Google Stadia, and PC (Microsoft Windows).