Blizzard is once again testing out some new changes on the PTR of Overwatch, and it’s going to make some players happy. If the tests prove useful, then there’s a good chance that a future Overwatch update is going to have a rework for career profiles.

Blizzard is currently testing some quality of life changes through an Overwatch update on the PTR. The changes are focused heavily on career profiles, and players are going to be more detailed, allowing players to get a better glimpse of their performance.

The changes to career profiles are made to provide a better and easier look at player profiles. This makes it easier for players to show off their skills if they choose to make their profiles go public. Along with the better look, Blizzard also introduced some new quality of life features that players will soon have access too.

First of the changes sees a new metric for playtime. It is added to the overview section, and in it, players can see the amount of time they spend in Quick Play, Competetive Play, and in any Workshop mode. 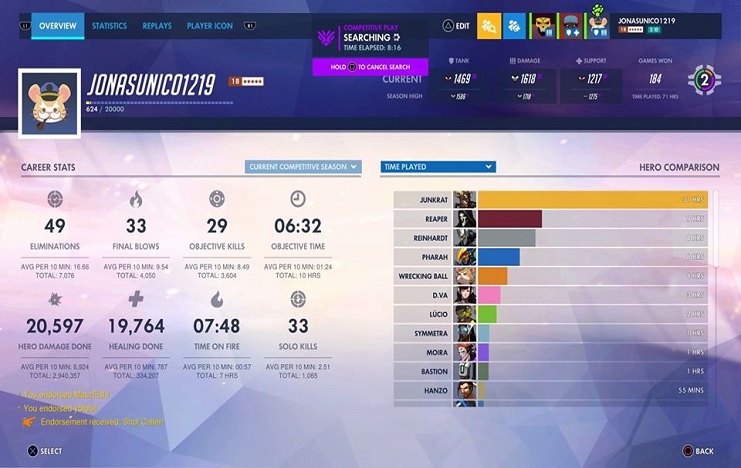 As for the statistics section, players will now see it in a tabular format once the Overwatch update goes live. The table will be divided into numerous sections, including average/10 min, best, and total. This makes it easier for players to view their stats.

Players will soon be able to see their in-game achievements in a new section. These are grouped by category. For achievement and trophy hunters, Blizzard has added a filter feature so that they can see which achievements have yet to be unlocked.

Lastly, Player Icons will now be grouped by category. They can also be filtered by the hero and whether players already have the icon or not.

When will the update drop?

This upcoming Overwatch update will not feature much other than the career profile changes. There will be a few hero tweaks as well but beyond that, players shouldn’t expect much in terms of new content and meta changes.