New research has found there’s only enough Bitcoin in existence for every potential American investor to buy one each.

The survey of 1100 US investors Grayscale and Q8 Research found that more than a third, or 36%, are willing to consider an investment in Bitcoin.

The total supply of 21 million Bitcoin won’t be reached until sometime in the year 2140 meaning US investors will be competing for slightly less than one Bitcoin each until then.

83% are strongly motivated by the idea of taking a small position and seeing how it performed before investing more.

2. There is a huge potential for growth.

Three quarters are attracted to the analogy of Bitcoin being like ‘digital gold’ because its scarcity can create value.

Back-testing by Grayscale adds to the investment case: over the period from September 2013 to June 2019, adding 5% to a simulated Global 60/40 portfolio more than doubled cumulative returns from 41.9% to 90.9%.

Contrary to crypto investor’s self-image as financial rebels, the research found most potential investors are actually middle-aged, middle-class suburbanites who read a lot and are optimistic about the future. About 70% are parents.

There are slightly more Republican investors in both groups and about half earn less than $100,000 a year while the other half earn more. 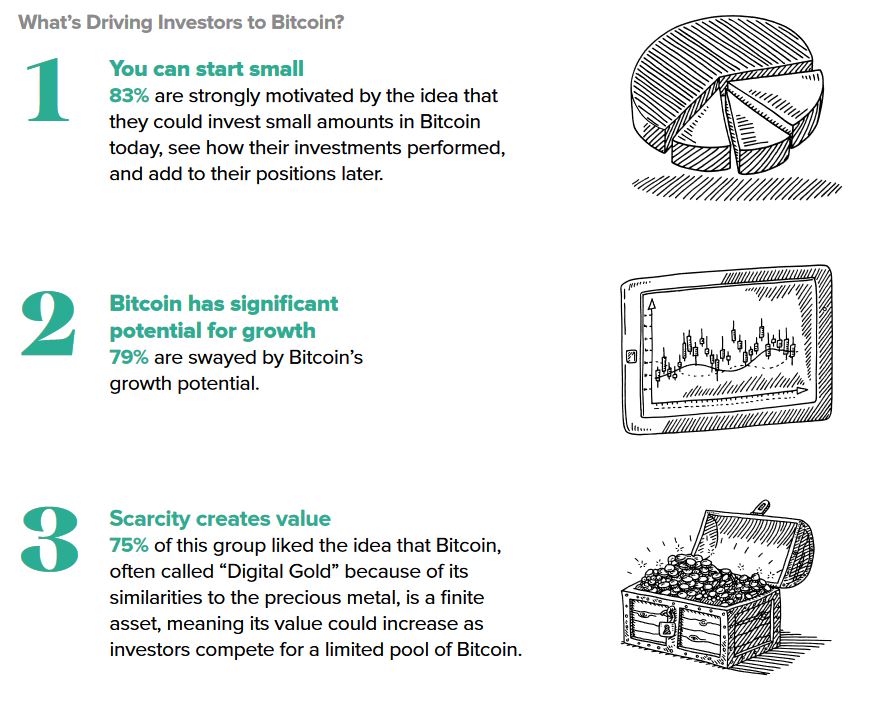 We need to attract more women into the space

There is a noticeable divergence when it comes to gender – stock market investors are pretty much split 50/50 between men and women.

In the Grayscale survey, however, 57% of potential Bitcoin investors were men and just 43% women.

However, that’s significantly higher than the number of women who are ACTUALLY invested in Bitcoin – surveys suggest less than half as many women are invested in cryptocurrency as men, with some research suggesting it could be as low as 5%. 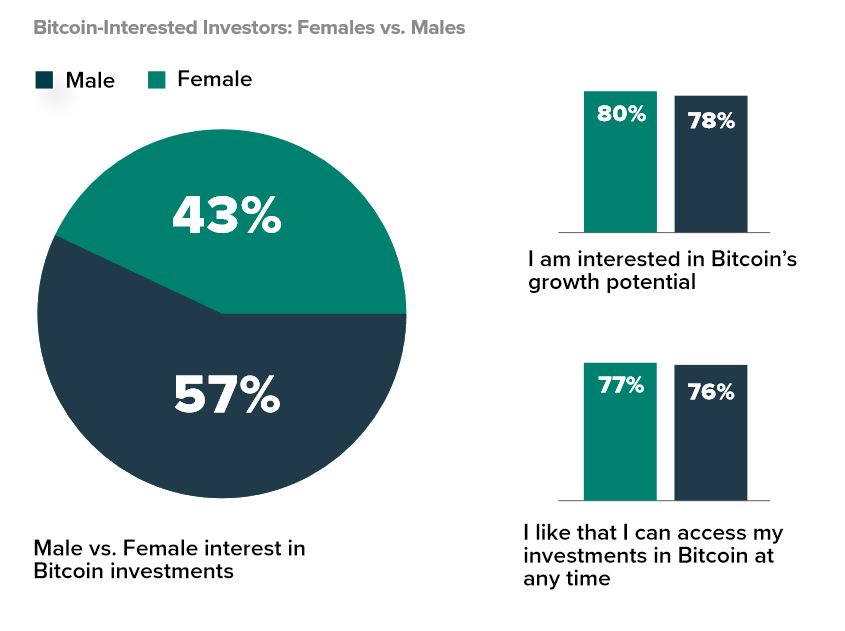 Better education is the key

This means there is considerable growth potential amongst female investors.

The research found the big issue for many women is simply they don’t know enough about it.

“Significantly, women are more willing to make decisions based on additional education on the asset class, saying they’d be more likely to invest in Bitcoin if they knew more about it,” the report noted.

“The vast majority (93%) of them would be more open to the digital currency asset class if they had access to better educational resources (versus 84% of men) and 82% thought they’d be more likely to make investments in Bitcoin if a financial advisor recommended it (versus 74% of men).” 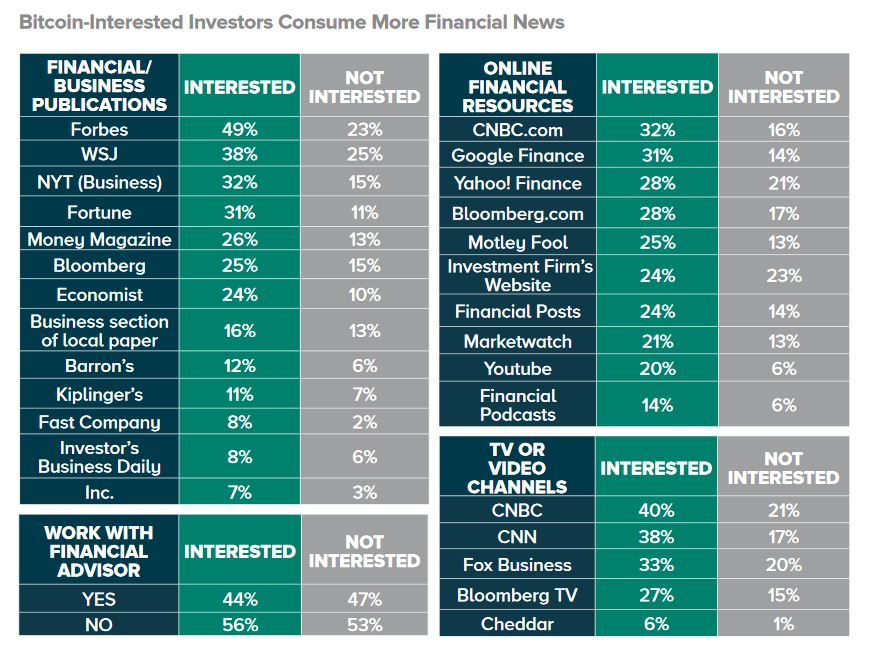 Overall almost nine in ten people said better educational resources would make them more likely to invest in crypto, making this a key area for growth.

The report finds a number of barriers to entry into cryptocurrency for investors with 68% of potential investors worried about digital crimes such as theft, fraud, and hacks.

More than half are concerned about the lack of proper market regulations.