The nearly three-minute-long trailer showed off footage of the game running on the Switch and unveiled the upcoming port’s release date.

Previously announced as a Summer 2020 release, fans can look forward to visiting Black Hills Forest on the Nintendo’s hybrid console this coming June 25.

The first-person psychological horror title was initially released on August 30, 2019, for the PlayStation 4, PC, and Xbox One.

In December 2020, the game received a significant update called the “Good Boy Pack,” which allowed players to customize their canine companion in various ways, including their fur, collar, and eye color.

The Switch port will include the “Good Boy Pack” at launch, and will also have Switch-exclusive features such as touch-screen controls and HD rumble, which could add a whole new dynamic to the game.

Upon release, the Switch port of Blair Witch will retail for US$30 [AU$46], just like its PlayStation 4 and Xbox One counterparts. 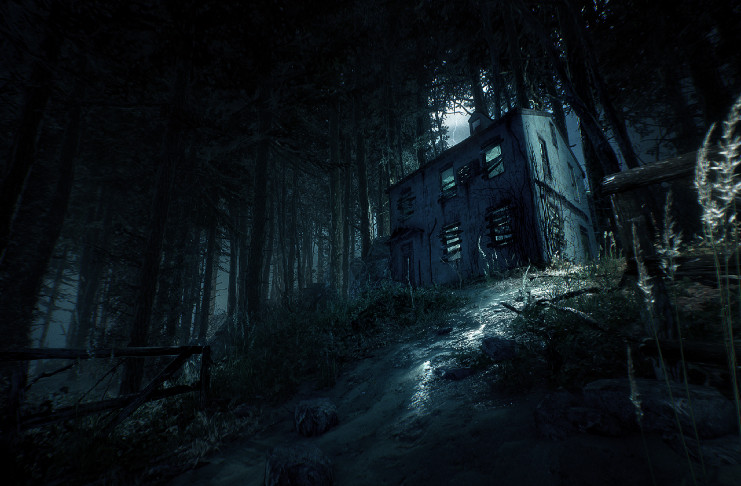 The Blair Witch Project is a found-footage horror movie by writers and directors Daniel Myrick and Eduardo Sánchez.

The movie is set in 1994 and revolves around three amateur filmmakers who decide to film a documentary in the Black Hills about the myth of the Blair Witch.

The three subsequently disappear, though their gear would be found a year later. The footage that was picked up is what the film is actually about.

In The Blair Witch Project (1999), the witch is never shown. It was supposed to be seen when the characters run from their tent, but the cameraman forgot to pan to the left and the scene was never reshot. pic.twitter.com/uc885ZLSG7

The film was well-received by critics and fans on account of its creepy setting and obscure villain. The film was even credited with single-handedly reviving the found-footage genre.

Funny enough, the horror flick also won an award for “Biggest Disappointment” and was nominated for “Worst Actress” and “Worst Picture.”

The return to Black Hills Forest

The game version takes place two years after the movie, which makes it the year 1996. This time around, the plot is centered on an ex-cop named Ellis Lynch who’s investigating the disappearance of a boy in Black Hills Forest.

Armed with nothing but a cellphone, camera, flashlight, and his trusty dog Bullet, Lynch will have to solve puzzles, stay hidden from supernatural foes, and unravel the mystery behind the nine-year-old boy’s disappearance.

I guess I'm a screamer. The Blair Witch has always terrified me and this game is dredging up my 6th Grade trauma. pic.twitter.com/hAdbucfJVQ

Most of the game’s criticisms were regarding the narrative’s predictable nature and Bullet’s flimsy AI.

The stealth-horror title featured some pretty impressive visuals on PlayStation 4, PC, and Xbox One, so it’ll be interesting to see if the Switch’s inferior hardware can keep up.