While speaking with The Cut in 2018, Nicole Kidman said that being married to a powerful man like Cruise protected her from sexual abuse.

“I got married very young, but it definitely wasn’t power for me – it was protection. I married for love, but being married to an extremely powerful man kept me from being sexually harassed,” she said.

Kidman and Cruise were married for 11 years. And after they divorced, the Big Little Lies star said that she felt like she had to grow up.

The exes first met on the set of Days of Thunder, and they tied the knot in the same year. Kidman was just 22 years old when she got married to Cruise. And they have two children together.

In 2001, Kidman and Cruise announced their divorce. And the A-listers cited their irreconcilable differences as the main reason for their split.

During an interview with Australian Women’s Weekly, Kidman said that Hugh Jackman and Deborra-Lee Furness helped her get through her divorce.

Five years after Kidman split from Cruise, she and her husband, Keith Urban tied the knot.

While speaking with InStyle, Kidman shared the advice that their family priest gave to her and Urban.

“The greatest thing our family priest told us very early on in our marriage was, ‘Always kiss hello and kiss goodbye.’ It just keeps you connected,” she said. 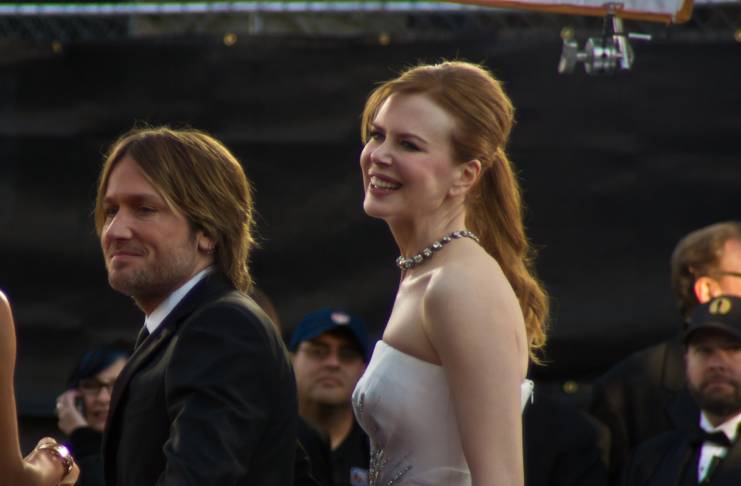 In recent months, there have been rumors that Kidman and Urban are on the brink of a divorce. Last year, New Idea claimed that Kidman is worried about her husband’s sobriety.

Two years ago, the same tabloid claimed that Kidman checked Urban into a rehab facility following his relapse. However, the former American Idol judge has been sober for over a decade.

But National Enquirer also insisted that Kidman was worried sick to her stomach about Urban’s health. As such, she has been keeping tabs on her husband.

An unnamed source told the tabloid that Urban doesn’t like how Kidman has been following him everywhere.

“What started out as a way to bring them close together could actually end up driving them apart,” the source said.

However, Nicole Kidman and Urban’s marriage is still going strong. As such, one should take the claims made by the tabloid with a grain of salt.