Currently still under development, the video shows a moving image of the game’s protagonist along with her side-kick asset in a world that adheres to the series creator’s original insight.

Yoko Taro, the mastermind behind the Nier series, had viewed his creation as having a commonality of bearing the depressive theme of gloom. 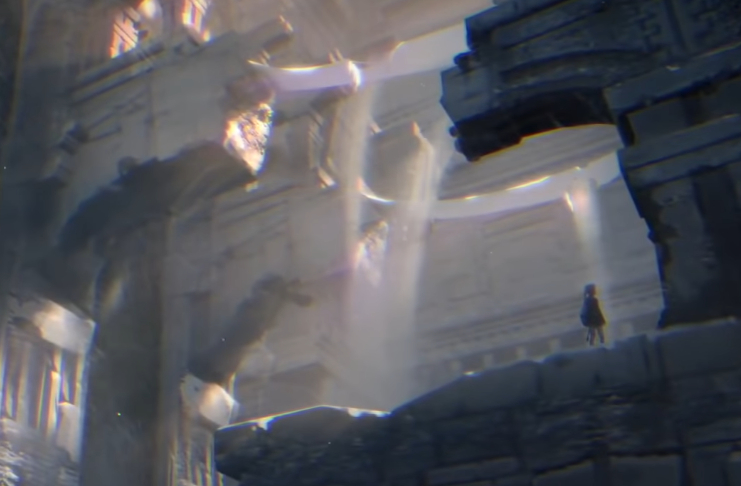 What Does the Video Show?

Being a developing title by Applibot and with the oversight of Square Enix, the video shows the probable protagonist and her trusty ally moving across places of dilapidations.

True to Yoko Taro fashion, the sullenness is a visible motif to the developing game.

Fans of the series will easily recognize the trailer’s strong presence through its familiar visual style, tone, as well as the dominant theme.

While the video did not display anything about the title’s gameplay mechanics, it does show basic movements that essentially give viewers an initial impression of the game’s mundane physics.

The simple motion demo also gives a brief vibe of the game’s overarching theme as an adventure game, further compounded by a fixed camera that seems to literally insinuate its flair.

Visuals aside, another noteworthy aspect of the video is undeniably the audio, which adds to the video’s depressing tone, highlighting one of the series’ most remarkable elements — — the set-piece music.

However, fans of the franchise will hardly be surprised to know that such composition is made by the company’s outstanding music composer, Keiichi Okabe.

What Else is There to See?

Like the previous major Nier title — Nier: Automata, which was released on consoles and PC, the hero of Nier: Reincarnation would likely be a female as seen on the media’s portrayal of a young woman.

Worthy of note as well is the probable protagonist’s sidekick of unusual form that, despite clearly having a pair of feet to stand and walk, moves places by means of flight. More than anything, it also appears to be akin to the pop culture’s usual depiction of Halloween ghosts, due to the cloth that blankets it.

As of writing, it is still unclear whether or not Nier: Reincarnation will reach international shores after its release from Japan.

Coincidentally, Square Enix announced the release of the updated version of Neir Replicant for PC as well as current-gen consoles.