Ninjala arrived on the Nintendo Switch recently. The free-to-play game brings fighting action in a fun little package. But is it worth getting?

The topic of microtransactions follows every time a new free game launches. Ninjala is not exempted from this.

This Nintendo Switch exclusive has been out for almost a week now. Is it worth the hype? or is it another cash cow for Nintendo?

Ninjala is a fun free-for-all fighting game. It seems like it tries to mimic Forneit but in a different genre.

The game is a modern ninja world where young kids who aspire to be full-fledged ninjas fight each other. However, there is no deep reason for their fights. It is just a way to practice their bubblegum bending skills.

Ninjala is pretty straightforward. There is a brief tutorial that tells about the basics of the game. But that is just about it. Players may hop on to the battle arena after.

The battles are taken care of by the World Ninja Association (WNA). 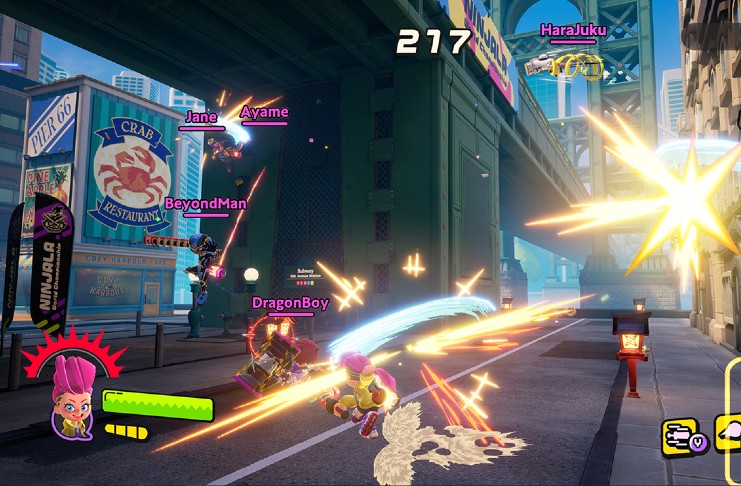 One exciting aspect of the game is the “ninja-gum.” It is a unique take to the usual ninjutsu found on other ninja-themed titles.

The game basically revolves around this ninja gum. It is the core of the player similar to how “chakra” is to Naruto.

There are no guns or swords in-game. The bubblegum takes the shape of the player’s weapon. But, it varies depending on the chosen loadout. Skills are also chosen through the loadout. Pick one carefully to end up winning the fight.

Matches are quick and that is a good thing. These fast-paced matches reduce the repetitiveness of the game. It is also a great thing for those people who are busy, yet wants to take a quick break.

Ninjala is far from the usual battle-royale titles. It is more of a deathmatch game wherein eight players drop into an arena to fight each other.

The player who takes the most points ends up winning the round. Sometimes it feels like a messy playground with all players using their own skills and combos.

The great thing is players still have a second chance once the health is depleted. “Dead” players come back to the game after a few seconds. That is a relief considering the 1v7 aspect of the game.

Proper timing is the key

For players who are used to spamming button keys on Tekken or other fighting games, that strategy will not work here.

Sure players can spam the attack button and hit a random shot every once in a while. To fully maximize the power, players must have the proper timing for each attack.

There is also a different mechanic added to Ninjala. When players try to hit each other with the same kind of attack, players will undergo a “rock-paper-scissors” moment to determine who wins the duel. 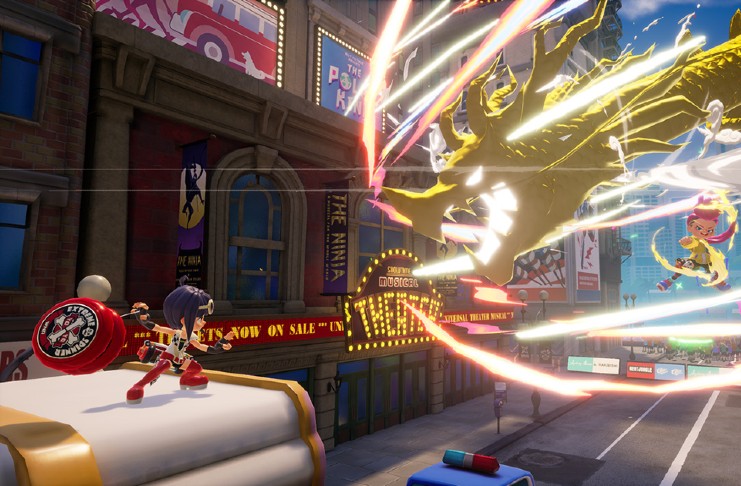 Nintendo took the Fortnite route and offered Ninjala for free. It is a great substitute for Splatoon 2, which retails for US$60 [AU$87] on the Nintendo eShop.

There are two choices to play the game. First is through the free base game. The second one is the single-player DLC that can be bought.

Ninjala is also full of microtransactions. It is a basic formula for most free-to-play games. Developer profits through cosmetic items and battle pass. This is acceptable at a certain point though. However, there lies one problem – weapon skins.

Ninjala’s implementation of weapon skins is ridiculous. Some titles such as Apex Legends and Call of Duty have weapon skins. But it is nowhere the level at how GungHo wants to milk some cash.

Weapon skins in Ninjala are consumable for just one battle. After the match, the skin is gone. It would have been fine if the weapon skins stay for one season or so. But, for it to be gone in an instant screams more profit for the developers.

There will be players who will ignore this business model. However, there are players with deep pockets who are willing to spend a lot on this game.

This might also give an idea to more developers to implement it in their own game. Imagine EA taking this step. It will be disastrous.

Ninjala is definitely a must-play game today. It is free and brings in a lot of fun. The microtransactions are present. But, it can be easily ignored and the same level of excitement remains.

All images used courtesy of Ninjala/Nintendo