Ninja hasn’t been too happy with Fortnite in a while, and after enjoying an in-game Travis Scott concert, his return goes terribly wrong.

If there is one name more connected to Fortnite than Fortnite itself, it would have to be Tyler Blevins or more popularly known as Ninja. The game had been his stepping stone to success, launching him to gaming superstardom. Ninja, for his part, is arguably one of the best players Fortnite has ever had, helping the game gain an even bigger following.

But as with most content creators, one can’t play the same game forever. Soon enough, Ninja went on to other newer titles such as Valorant and Call of Duty: Warzone while still going back for some occasional Fortnite matches. 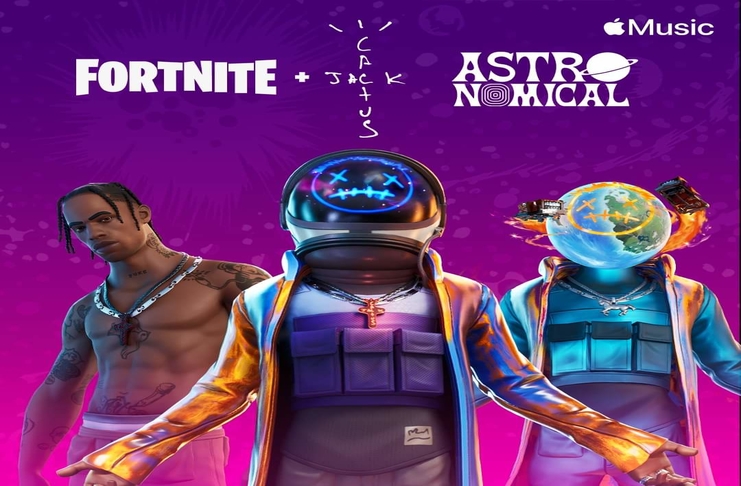 Ninja hasn’t done much streaming on Fortnite in the last few weeks and has been focused more on games like Call of Duty: Warzone, but on April 24, the 28-year-old took to the game once again to attend the special Fortnite Travis Scott concert.

During the event, one can see the pure awe and joy Ninja had experienced watching the spectacle and singing along to the rapper’s hits. Unfortunately, that joy didn’t extend to when he and his fellow streamer Ali Hassan, also known as SypherPK, went on the battle royale match.

The two were just hoping to enjoy a good old fashioned battle royale game. Their excitement, however, was soon replaced with dismay after SypherPK was taken out by a heavy sniper about 200 meters away, leaving Ninja to fend for himself as he gets spammed by Brutus’ minigun.

After their humiliating defeat, SypherPK remarked about the gaming having too many bad players getting overpowered weapons. Ninja quickly agreed explaining that SypherPK had 150 shield points but was killed through heavy sniping from 200 meters away.

“I hate this f**k*ng game. Switch on over to Fortnite to have some fun, first game [I] die to one of the sweatiest players I’ve seen in this f**k*ng game, in a long time… Can they remove the f**k*ng heavy snipers from this game? Let me tell you two guns that never should have returned to this game – heavy snipers and miniguns… I hate I complain so much, but why is it in this game!” Ninja says, visibly upset by what had happened.

Not the first time

As a Fortnite veteran, this is definitely not the first time that Ninja had expressed his frustrations with the game. In fact, Ninja has never held back when it comes to criticizing Fortnite. However, he is also quick to defend the game from its critics.

Anyone can use the heavy sniper and the minigun. Even unskilled players are able to deal with massive damage using these weapons, and this is what fires Ninja up.

Ninja’s disdain isn’t at all surprising given that he is known for his eccentricity in fighting and how he can take down a whole squad of opponents using skill alone and not having to rely on a weapon.

So far, Epic Games is yet to respond to the massive complaints Fortnite is receiving due to the unfair use of the aforementioned weapons.