The Nintendo Switch’s year-to-date sales from January to April are the highest of any video game platform in history in the U.S.,

It seems like the gaming industry has really boomed in the time of the coronavirus. And now a recent NPD report has revealed just how much. The Nintendo Switch, for one, has recently broken an all-time U.S. hardware sales record set by Wii.

A new record for the Nintendo Switch

The NPD group recently revealed that the Nintendo Switch broke a record set by the Wii in 2009. The Switch has moved ahead of the Wii and any other platform and took the January to April US dollar sales record.

US NPD HW – Year-to-date dollar sales of Nintendo Switch are the highest of any hardware platform in US history. The previous high was set by the Nintendo Wii in the year-to-date period ending April 2009.

But the Switch isn’t the only platform that had performed well during this first quarter. In fact, every platform performed splendidly in the month of April alone. The NPD reports that hardware sales for every platform are now the highest this April since 2008.

Furthermore, the PS4, the Xbox One, and the Nintendo Switch had all performed impressively during this period. All platforms experienced an astounding sales growth of over 160% compared to the same period last year.

Nintendo Switch and beyond

Gaming had been up on every measurement during the first quarter. This latest report had revealed that people had spent more on in-game purchases and software this year.

Including the figures starting January reveals that U.S. gamers had spent $4.5 billion, which is 12% more compared to the same period last year.

Game software purchases are definitely the top contributors for this period generating around $662 million in dollar sales. Again, this figure has broken the previous record, which was $642 million back in April 2008.

US NPD SW – Dollar sales of tracked Video Game Software increased 55 percent in April compared to a year ago, to $662 million. This is a new record high for an April month. The previous record of $642 million was set in April 2008.

On games alone, U.S. consumers had spent around $2 billion so far this year. The highest selling game for the month of April is unsurprisingly Final Fantasy VII Remake. The remake of the iconic 1997 Japanese RPG had been highly anticipated and drew in a fan-base that is two decades in the making.

Final Fantasy VII Remake is followed by Call of Duty: Modern Warfare, whose success has been buoyed by the immense popularity of its hit battle royale mode, Warzone. The third placer is none other than Animal Crossing: New Horizons.

The success of the Nintendo Switch for this year has been attributed to the overwhelming popularity of Animal Crossing: New Horizons. 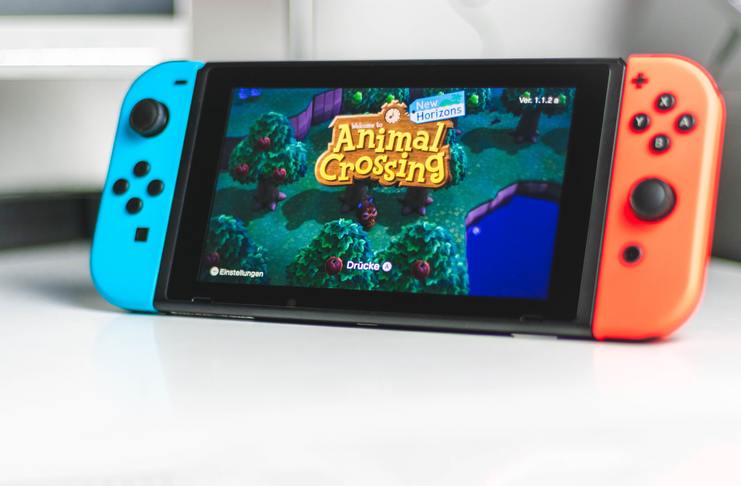 Growth in a time of crisis

It’s no secret that the coronavirus pandemic and the series of lockdowns that shut businesses down has led to another global recession. In fact, financial analysts claim that this would be the most serious financial crisis since 2008.

But from what can be inferred from this latest report by NPD, it seems like the gaming industry thrives during a crisis. Gaming records were set during the 2007-2008 Great Recession.

And now the world has seen those records broken by the Nintendo Switch among other platforms during this Coronavirus Recession.