Despite an anticipated release, WWE CFO Frank Riddick claims that WWE 2K21 is canceled and will not see a release this year.

The announcement came from a Q&A during a First Quarter earnings call, which specifically asked about the probable release of the game. The question arose due to an ongoing rumor which claims that WWE 2K21 is canceled and therefore will not see the light of day in 2020.

We will be sharing details on the future of the WWE 2K franchise as well as some exciting news on Monday at 7:00 a.m. PT.

Still Not a Final Word

It has been weeks since the hearsay has been going on. However, publisher 2K games still remain to comment on the matter. The publisher itself even originally tried to deny the rumor by declining to give a concrete answer to the question it deemed was based on gossip.

Meanwhile, 2K Games is holding any official statement about the matter until April 27. Specifically, at 7 AM Pacific / 10 AM Eastern / 3 PM UK / Midnight AEST.

The response came via an official Twitter account where it also hinted of a ‘surprise’ to coincide with the statement. What the surprise is about is anyone’s guess for now. But considering the tone, it appears to be rather optimistic.

The onslaught of the ongoing pandemic may be likely to be blamed for the said cancellation of the game. While seemingly contributive to the issue, it does not seem to be the major cause of the decision.

Audiences in the gaming space will recall of WWE 2K20’s abysmal release last year. Being badly optimized in all platforms and littered with a number of bugs and glitches, WWE 2K20 was poorly conceived. So much so that it got critically bad reviews, both from pundits and gamers alike. 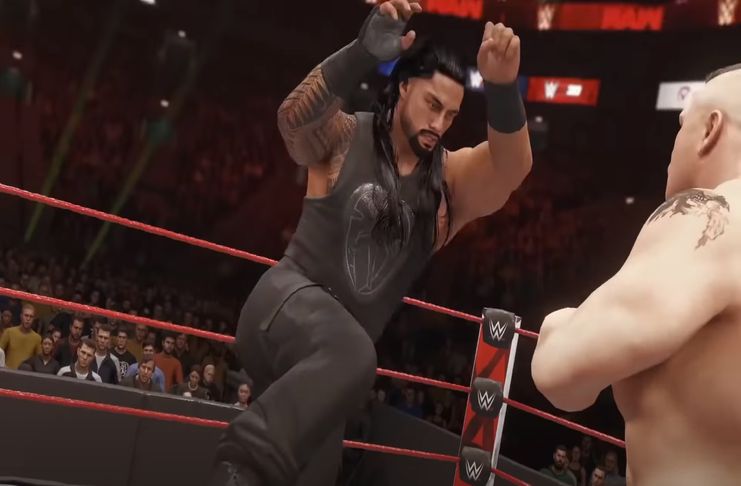 Aside from the game-breaking bugs that caused the irk of many hopeful gamers, the game’s seemingly outdated graphics make for a part of the blame. Some critics review the game’s visuals as somewhat of a mix between modern and that of PS2 era graphics.

The overall issue is further compounded by the departure of Japanese developer, Yuke, who vowed to no longer work on a WWE game. Instead, he claimed of working on his own wrestling game instead.

WWE 2K20 attained the impossible by placing 7th in overall sales for October. However, this is likely due to being freshly released and without much consumer awareness as to the issues that plague the game.

In the meantime, avid fans of wrestling seem interested in what they are going to hear from 2K Games coming Monday.