Fictional character Nubia is going to get her own young adult graphic novel. She hasn’t been given much attention but, now, she’s the star of a new book.

As announced by DC Comics, Nubia will be starring in her first-ever solo book. For those who don’t know, she is commonly depicted as the second Wonder Woman.

She is popularly known to be Wonder Woman’s long-lost twin sister, formed from clay as the twin to Diana, and was kidnapped as a child.

Together, they will bring to readers a fresh and contemporary twist on Nubia’s journey in the graphic novel titled Nubia: Real One.

What is the main plot?

As detailed in the site, the upcoming title is going to follow Nubia as a teenager. It’s going to be an “endearing tale filled with heart and wit.”

As Nubia navigates through her world, she will learn to embrace her true self amid racial inequality, school violence, and other controversial issues surrounding the youth today.

“When Nubia’s best friend, Quisha, is threatened by a boy who thinks he owns the town, Nubia will risk it all––her safety, her home, and her crush on that cute kid in English class––to become the hero society tells her she isn’t.”

How was the graphic novel confirmed?

McKinney revealed that she initially did not plan on pitching a graphic novel based on Nubia’s story.

“I was invited to pitch something else, but I made the decision when writing the pitch itself to add in Nubia,” the A Blade So Black trilogy author said.

She also shared how she has been a fan of the character for a long time already. And after following the Wonder Woman comic character in various iterations, she decided to add her to her pitch. 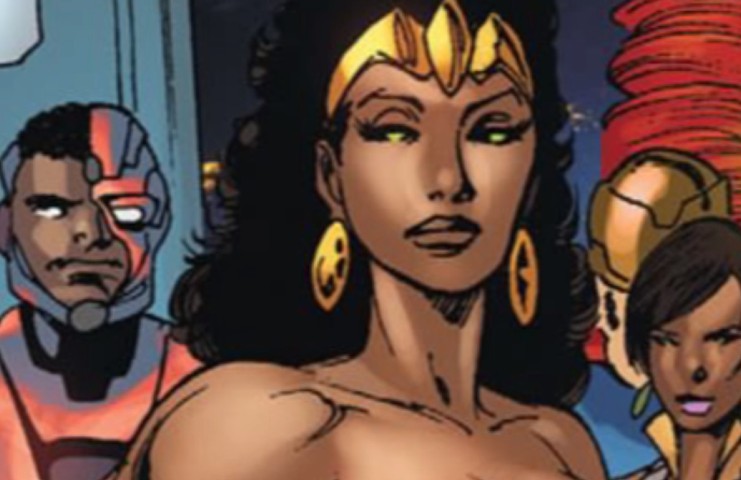 “I mean, this was Wonder Woman’s twin sister, just as strong, just as fast, if not stronger and faster. And she was BLACK! So, I added her into my pitch for the other project,” McKinney stated.

Smith was then eventually added to the project as the artist. She is best known for her work in The Saddest Angriest Black Girl in Town and her illustration in Jamila Rowser’s comic Wash Day.

When is the original graphic novel available?

Interested fans will have to wait until next year for the graphic novel to be released. It’s said to be available for sale beginning February 2, 2021, which is also Black History Month.

It is now available for preorder, so those who would like to grab it should check out Nubia: A Real One on DC Comics.