One of the top-rated smartphone brands in the world, OnePlus just released the latest version of its launcher – OnePlus Launcher v4.4.2. Here is everything you need to know about its latest features.

Just last month, the company released its OnePlus Launcher version 4.3.3 with two new upgrades – the stunning AMOLED black motif for Shelf and additional support for hiding icons. A few days ago, it launched version 4.4.2, which boasts, among other things, a revamped app switcher view.

The OnePlus Launcher update now allows the phone to show application icons when in a multitasking view. Before the update, the app switcher only shows your background and open applications in “card style.” With the new update, they have also added a refreshing new look.

The update moves the icons toward the bottom of the screen, where they are now more visible to the user. A button for clearing recently opened apps now has a label called “Close Apps.”

In addition to this, the user can now simply hold down on an application to perform specific actions instead of repeatedly pressing the home button on the app preview screen.

Because of the relocation of the application icon to the bottom of the screen, the app name is now centered with the preview interface giving it a better, more symmetrical look. 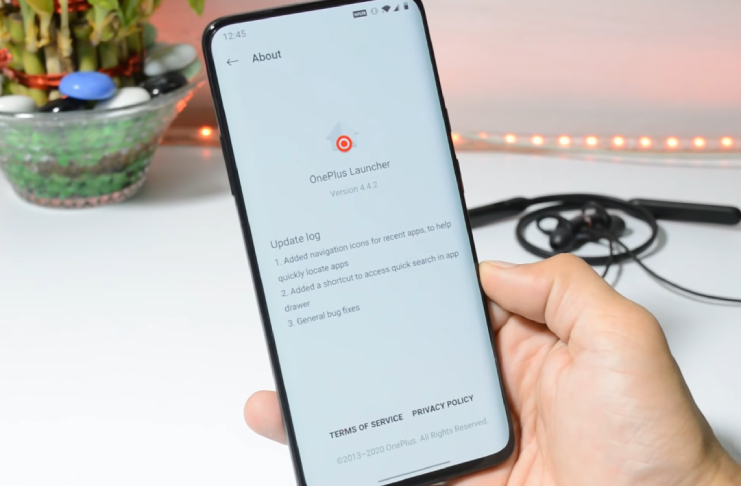 The new OnePlus Launcher also makes it easier for the user to pin favorite applications and enter a split-screen view.  The user can access all these new features from an easy-to-reach position rather than stretching all fingers up and changing the grip to reach essential UI elements.

Other features in the OnePlus Launcher

Other notable upgrades in the OS include a new quick app search feature which can be activated by opening the app drawer. All the user needs to do to utilize the new quick search feature is to press and hold the screen while swiping up. Upon doing this, the user will be taken directly to the input box for quick searching.

Based on the feedback of the lucky few who have already downloaded the update during the weekend, they have found the new version to be simpler and more user-friendly when switching between apps.

This update confirms that OnePlus is continually working to improve both its software design and its brand after launching its IDEAS program and Open Ears Forum. The latest update of the OnePlus launcher can now be downloaded via the Google Play Store and will only be compatible and available for OnePlus devices.