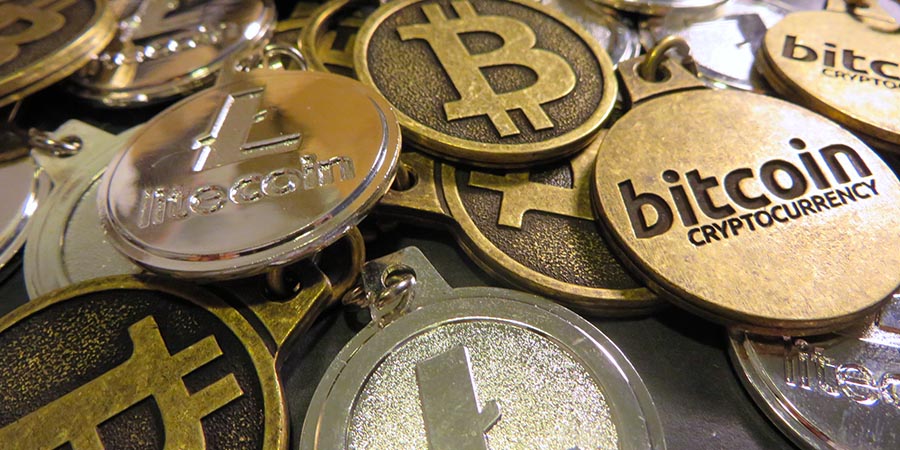 Here’s a prediction you can bank on: 95 percent of predictions about what the price of an individual coin will be at the end of the year will be completely wrong.

And the five percent of predictions that actually come true will only be correct through sheer dumb luck. After all, even a stopped clock tells the right time twice a day.

If you’ve subscribed to a Facebook group or perused the Reddit forums you’ll be familiar with posts and articles “predicting” the price of a currency in six months time, or at the end of the year.

These articles clearly drive traffic, because everyone wants to know which coin will moon. Smartereum has a price prediction article for pretty much every crypto on the market. They claim that VeChain will trade at $19.63 by the end of the year and $75 in five years. Tron will be $1.10 in December and if you invest $100 in Iota now you will get $1782 by 2020.

Finder says Bitcoin Cash will be $3083 by December, The Daily Express reports Ethereum could reach ‘wild highs’ of $100,000 per coin (at some point), while Profit Confidential predicts Ripple will hit $10 before the end of the year. Crypto sage/lunatic John McAfee famously predicted Bitcoin will be worth $500,000 by the end of 2020 or that he would ‘eat his d — — on TV’. Then he doubled his prediction to $1 million. (I hope his prediction pans out for at least two very good reasons.)

Many predictions merely extrapolate what would happen if present trends continue. So if a coin grew by 10 percent last year, people tend to predict it’ll grow by 10 percent again this year. That’s how Crypto Daily worked out that Ripple will be worth ‘near $2,000’ within 12 months. (Which seems unlikely as it’d make the market cap $200 trillion).

Cryptocurrency markets are particularly hard to predict because they are based on speculation, rather than fundamentals (i.e. seeing how many iPhones Apple sells), and because many ‘investors’ are ill informed noobs taking large gambles on cheap coins they know nothing about in the hope of astronomical returns. It’s difficult for the market to price anything correctly.

But even in the ‘real’ stockmarket forecasts are rarely reliable and predictions often fail.

For example, in December 2007, five months after the subprime mortgage meltdown The Wall Street Journal surveyed 51 economists and asked them to predict what would happen to the economy in 2008. Not one economist predicted a recession even though they were already slap bang in the middle of the Global Financial Crisis. This demonstrates that economists can’t even predict a recession when they are already in a recession. (Funnily enough, in December the WSJ survey found 96 percent of economists believe Bitcoin is in a bubble).

University of Berkeley professor Philip E. Tetlock took a scientific approach to prediction and asked 284 experts in political science, economics, history and journalists to make a combined 82,361 predictions about the future. After comparing the predictions to what actually occurred, Tetlock concluded most experts did little better than ‘a dart throwing chimpanzee’.

Importantly for crypto, he also discovered that the more confident an “expert” is about their prediction, the more likely they are going to be wrong. So that guy telling you on Reddit without a shadow of a doubt that a coin ‘can’t fail’ and is definitely ‘going to moon’ isn’t worth listening to.

So what to do? Well, instead of thinking in terms of price predictions, perhaps it’s better to think about hypothetical future scenarios for a particular coin.

Grayscale analyst Matthew Beckrecently wrote a 20-page investment thesis that led to a bunch of headlines suggesting he was predicting ZCash will be worth $62,000 by 2025. In fact, Beck spent 20 pages arguing that ZCash is worth investing in (through Grayscale’s Zcash Investment Trust) because it is highly secure and anonymous and thus a great place for rich tax dodgers to hide the money they currently have parked in Swiss bank accounts.

Now Beck was quite clear that he wasn’t predicting any of these things would come to pass and that he’s simply giving us three hypothetical scenarios: if these events occur, in this way, ZCash may well be worth this amount of money.

No one can honestly know if ZCash will even survive, or if Monero or Verge or some other competitor will take its market share. But Beck suggests that ZCash has a clear use case, and if it is adopted for that use, the price will go up. And he believes the huge potential upside means that investing in ZCash is a gamble worth taking.

Apple and Epic Games meet in court on Monday: Here’s everything...

What are ‘internal waves’ that possibly sank the Indonesian sub? If...

The LNP’s child-care subsidy plan: how it works, and what it...