Since being added to Overwatch, the Experimental Card has done a great job when it comes to balancing the game’s heroes. Now, a new card is out, and there are four heroes being the target of balancing this time.

Players can now try out the new Experimental Card in Overwatch. The heroes, due for a change in the experimental card are D.va, Junkrat, Ashe, and Brigitte. Here’s how the heroes are tweaked in the recent update.

Brigitte got the most changes in the recent update. For starters, her Repair Pack no longer adds additional armor health pool when it is given to heroes who are already full health. This means Brigitte’s mains will be more focused on providing healing to those who actually need it. In the current build, users of the hero often spam Repair Pack on a single hero.

It will no be easier to lead the charge as Brigitte as her Barrier Shield has increased health from 200 to 250. However, players have to be careful at the same time has shield regeneration has gone from 100 to 85. When destroyed, it regenerates five seconds instead of three.

Surprisingly, Ashe got a nerf in the Experimental Card. Her Dynamite now has a cooldown of 12 seconds instead of 10. This is actually a good nerf as her Dynamite deals excessive damage over time. This means players should now be more careful when using Dynamite. 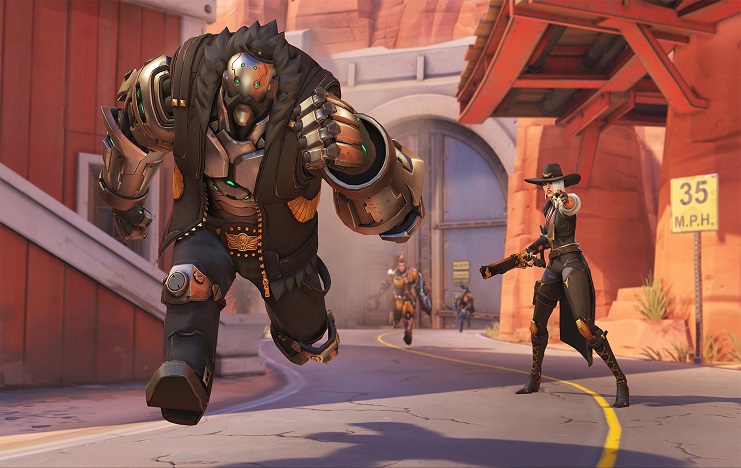 It’s been a while since the favorite Overwatch tank got some changes. With the update, D.Va’s Fusion Cannons has a lesser movement penalty from 50 to 40%. This makes it easier to move around while she rains down fire on enemies.

Her Defense Matrix also got a buff as it now cools down after a second instead of the previous 1.5. Lastly, her Micro Missiles now activate 0.25 seconds instead of 0.5.

In a previous patch, Junkrat got some buffs which not many are fond of. To make up for the unwanted changes, Blizzard has reduced the Concussion Mine trigger delay to 0.1 detonation. This makes bomb jumping much easier. His RIP Tire time control post-detonation has now been reduced from 1.5 to 0.9 seconds instead.

It’s worth noting that these changes on the Experimental Card could change depending on how well the Overwatch community receives them. Blizzard will most likely focus on player sentiments with the changes before releasing them in a live update.