Overwatch players have finally had enough of Mei’s overpowered plays, and they’re finally taking matters into their own hands.

Mei has become the object of every Overwatch players’ ire in the last few weeks due to her dominance in organized play. Many had been anticipating the character to be banned for this week’s hero pool. Sadly, the character hasn’t been played enough to get banned this week. This means players would have to face another hellish week with the ice queen.

Why the hate on Mei?

Every week, the hero pool system bans characters with the highest play rates so that players would choose other heroes in a ranked game. This makes matches more exciting and challenging.

Unfortunately, Mei had received a bit of a power-up in the last few weeks. The hero pool system and the Role Queue’s limiting of classes in a team definitely turned her into a powerhouse. While being a damage dealer, Mei also has, in a limited capacity, tank-like characteristics.

Apart from her defensive and regenerative skills, the character also comes with an insane crowd control skill. With teams now being limited to two character classes each, having Mei on a team is like having three tanks.

Her participation alone can tip the scales in a game, and Overwatch players are certainly unhappy with her OP status. In fact, the hate directed at the character isn’t surprising at all since an OP character always ruins the fun and fairness in a game. 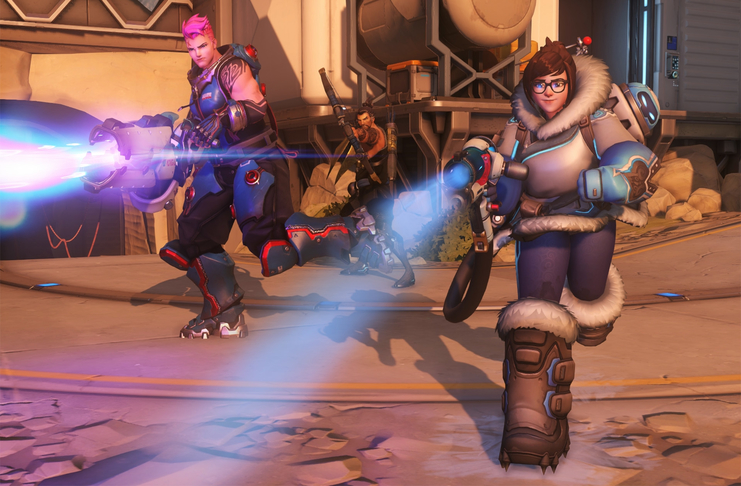 Come to think of it, getting Mei banned isn’t that difficult to do. Players just have to use her more in ranked games, and this is exactly what they plan on doing.

A Reddit user by the name Rydarus had started a thread inviting his fellow players to sacrifice one week by playing Mei.

“I know it’s rough, watching Cree and Widow banned every other week. Seeing Genji and Tracer even be in the ban pool while Mei hasn’t been seen yet, seeing Echo getting banned instantly. But we have the power to incite change. This week, if you’re a high SR DPS player (2200 and above), lock Mei. If your buddy locks Mei, lock Torb. We need YOU to do your duty and GET THIS ICE B**CH BANNED,” Rydarus says in his post.

Popular streamer Connor “Avast” Prince also rode on the idea and called on other ranked players to play Mei. According to him, it is also in their best interest to select Mei because not only would they finally get her banned, they’d also be winning matches left and right.

Banned heroes for the week

As players devise plans to get Mei banned, here are the actually banned heroes for the week. For the damage dealers, there is McCree and Widow, two of the most ideal counters for Echo, banned for the nth time.

For the tank, players would be unable to use Wrecking Ball for a week as well as Mercy for support. Tracer, Echo, Orisa, and Moira, however, are now available to be played once again.