Home Entertainment ‘Ozark’ Season 4: Will it happen and what to look out for

The Season 3 finale of Netflix’s popular TV series Ozark ended on a major cliffhanger, leaving viewers desperately wondering what will happen next. Also up in the air is whether or not the saga of the Byrde family will even see a fourth season.

Marty Byrde (Jason Bateman) and wife Wendy (Laura Linney), have been involved in major organized crime in Missouri, Ozarks. Together with their teenage kids Charlotte (Sofia Hublitz) and Jonah (Skylar Gaertner), the Byrdes conquered the world of convoluted crimes.

These involved hideous Mexican cartels, an unforgiving mob from Kansas City, and other gun-toting poppy farm growers. Remember Breaking Bad? Well, the Byrdes might somehow be related to the Whites.

The Byrdes got in deep with the cartel in Season 3 and the FBI team is closely monitoring their involvement in the casino. Ruth Langmore’s (Julia Garner) relationship with the Byrdes grew increasingly fractious, to say the least, and she eventually ended their friendship.

On the other hand, Darlene’s (Lisa Emery) allegiance to Ruth was never in question. She even brought in her cousins Wyatt and Three to support Ruth’s agenda, whatever it happens to be At the end of Season 3, we saw Darlene and the Langmores make a deal with the Kansas City mob.

Ben (Tom Pelphrey) was handed over to the cartel for execution by Wendy without an ounce of remorse for her brother. We also witnessed the cold-blooded Navarro kill Helen Pierce right in front of the Byrdes.

These events have left viewers wanting to know the fate of the Byrdes and how (if at all) they will overcome these events.

If you’re an avid Ozark’s fans, here are a few points you shouldn’t miss for the upcoming season.

Sam should fight for justice

In Season 1, Sam and Wendy worked together in his real estate family business. Before Season 3 ended, Sam naively became part of their money-laundering scheme. The Byrde’s prudently threw Sam to deal with FBI Special Agent Miller. Hopefully, Sam will get his bearings in Season 4 and turn the tables around.

The Byrde couple gives up the cartel

Everyone is aware of how ruthless Navarro is. Even Helen Pierce, his own legal counsel, didn’t escape his wrath. Marty and Wendy witnessed her execution firsthand. Marty wanted to be indispensable in Navarro’s operations, otherwise, they will never be safe. If the fate of Season 4 clears up, we’ll see if Marty’s plan will save them.

What was Navarro thinking?

The audience continues to wonder, what Navarro was thinking, killing Helen Pierce? Is he aware of Helen’s plan of fabricating Marty’s admission to the authorities?  Is he over with the idea of Helen’s plot to work against Marty and Helen? Is he aware that Erin knows about the involvement of her mother with the cartel?  This should be interesting… 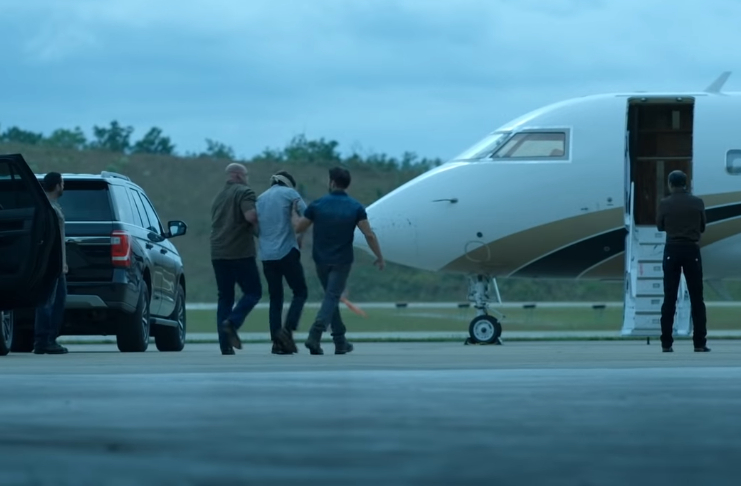 Did Erin learn too much for her own good?

Erin (Madison Thompson), the daughter of the late Helen Pierce, is supposed to be oblivious to her mother’s illicit connection to Navarro’s operations. However, she figured it out through Ben’s unwitting statement.

If Navarro realizes that Erin knows the illegal dealings of her mother, her life will be at stake too. Let’s all wish Erin’s presence will further live throughout Season 4 and hope that she cooperates with the authorities to take down Navarro.

Jonah’s role is hardly noticed in Season 3. Perhaps a bigger role in the family’s organized crime business, such as the cryptocurrency schemes, is something interesting for the next season.

The Byrdes came close with the FBI in Season 3. The authorities were relentless in auditing the casino. Unfortunately, FBI Special Agent Miller (Jessica Frances Dukes) couldn’t get close enough. If the season continues, everyone expects the FBI to double their efforts and let the Byrdes commit mistakes to make the storyline exciting.

Darlene has been a thorn in the Byrdes’ side since day one. In Season 3, she showed her ability to take part in the world of Ozark’s organized crime with the help of the Langmores. We hope to see more of Darlene’s notable competence in Ozarks’ gangland in the upcoming season.

Will the Kansas City mob get its comeuppance?

There’s not much to see for this group of unlikable thugs. Marty successfully ended his connection with the KC mob in the last season. Unfortunately, Ruth has to pay the price. Everyone is expecting that this notorious group will get what they deserve. Something to watch out for in Season 4.

The couple is constantly fighting from the beginning. This becomes worse when the therapist comes in the picture in Season 3. This has got to stop. It is a lovely scene to watch if the couple could keep it together in the next season.

This is not Breaking Bad

Ozark is being compared to the award-winning series, Breaking Bad. Despite the two shows presenting obvious similarities, the storylines are quite different. In the first three seasons, the show distinctively detoured its plot from its predecessor.

If Season 4 materializes, the audience is hopeful that the directors will continue to deviate from the Breaking Bad theme. Ozark is believed to have a unique path wherein the Byrdes have a brighter future than the Whites.

Uncertainty still awaits for Marty, Wendy, and the kids. Regardless of the circumstances, surely it is a binge-worthy TV series.