Pac-Man is officially 40 years old, and to celebrate its birthday, Bandai Namco Entertainment is unveiling activities and partnerships to commemorate the occasion.

Pac-Man fans have a huge reason to celebrate the iconic video game and character’s birthday.

Bandai Namco shared the news through its official website, while also adding that fans who have remained loyal to Pac-Man will be treated with a new wave of video game offerings, merchandise tie-ins, and brand partnerships.

The Pac-Man video game was first released by Bandai Namco (formerly called just Namco) on May 22, 1980, on arcade.

Of course, that initial release on the arcade platform eventually made way for a phenomenal rise in popularity for the yellow video game character. 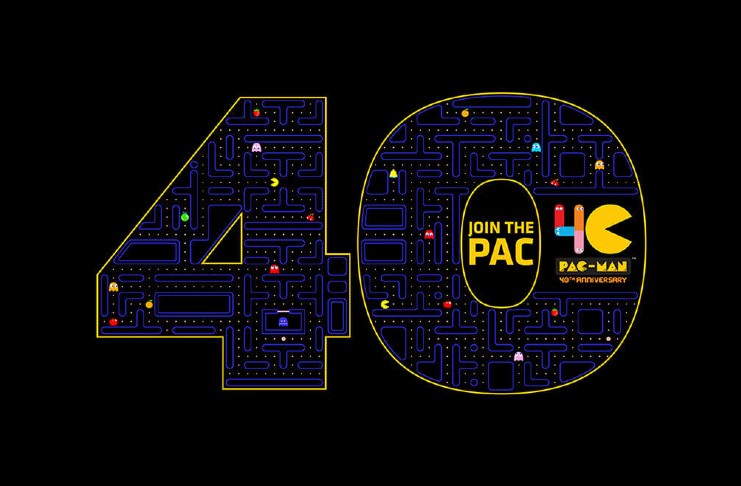 Pac-Man virtually rode through the 1980s and even 1990s as a pop culture symbol, enjoying countless references, not only in the gaming industry, but also in movies, television, and music.

Now on its fourth decade of existence, the video game character is still as recognizable as ever, with an enduring legacy that continues to help pave the way for other legendary game character icons like Super Mario, Sonic, Link, Donkey Kong, Lara Croft, Guile, Scorpion, Kratos, Ellie, and Master Chief.

As he turns 40 this year, Pac-Man will be making a very special appearance in another popular game title, Minecraft.

According to Bandai Namco’s announcement, the character will be part of a Minecraft DLC, which should allow gamers to play the ever-familiar Pac-Man mazes within the world of Minecraft.

While it’s true that the classic Pac-Man mazes were rendered in 2D, modern fans might be delighted to know that through the Minecraft DLC, they will be treated with no less than ten mazes rendered in 3D, with the ghost graphics presented with the extra dimension as well.

For many of us, life may begin at 40. For Pac-Man, it’s an opportunity to extend an already legendary existence with even more video game offerings.

Indeed, Bandai Namco is set to launch Pac-Man Live Studio, which will be arriving on the Twitch game platform.

This version of Pac-Man is made possible through a partnership deal with Bandai Namco and Amazon, which owns the Twitch service.

To start enjoying Pac-Man Live Studio, players just need to head to the special Twitch channel for the game as soon as it goes live. It should be noted though that users will only be able to play the game through a web browser.

If they’re up for more, they can also try the other modes, which include:

Yup, it’s a classic arcade machine, and collectors can purchase it directly from Arcade1Up.com for just under US$400 [AU$612].

The fun doesn’t stop there. Bandai Namco is also promising that a 40th Anniversary Counter-cade, Party Cade, and Head-to-Head editions will also be released in the weeks or months to come.

Bandai also joined forces with researchers from Nvidia in developing new AI that is capable of building its own fully-functional version of the Pac-Man game.

Trained on 50,000 episodes of PAC-MAN with @NVIDIA V100 GPUs, this new GAN model developed by NVIDIA Researchers from our Toronto lab, generates a fully functional version of the dot-munching classic without an underlying game engine, just #AI #pacman40th https://t.co/YrcXm4FLTA

It bears saying that Nvidia’s AI model accomplished this feat even without employing an underlying game engine.

It achieved this only by training in more than 50,000 episodes of the Pac-Man game.