Netflix has confirmed that Bridesmaids director Paul Feig will be helming a film adaptation of author Soman Chainani’s novel The School for Good and Evil.

The streaming giant posted the official announcement through its website, while Soman Chainani also took the opportunity to confirm the news through his official Twitter page.

It’s official. THE SCHOOL FOR GOOD & EVIL will be a @netflix movie. Directed by the brilliant @paulfeig.

In bringing the book to life on the Netflix streaming platform, Feig will be working from a screenplay written by David Magee (Life of Pi, Mary Poppins Returns) and Laura Solon (Office Christmas Party).

The designated executive producers for the Netflix adaptation will be Chainani, as well as Zack Roth and Patricia Riggen. For Feigco, Feig will handle producing duties along with Laura Fischer. The other credited producers are Jeffrey Kirschenbaum, Joe Roth, and Jane Startz.

From best-selling book to streaming

Published more than seven years ago, The School for Good and Evil is the first novel in a series of fantasy YA books written by Soman Chainani.

The first three books are now being referred to as The School Years trilogy, and a second trilogy, The Camelot Years, has since followed, although the final book of the second trilogy is yet to be published (it’s due for release this coming June 2).

To date, the five books that have been published so far have sold more than 2.5 million copies, translated into 30 languages, and distributed across six continents across the globe.

The series follows the adventures of Sophie and Agatha, best friends who go to a school where fairy tale heroes and villains are trained.

Sophie has grand ambitions of becoming a princess and is looking to gain admission into the School for Good.

Agatha, on the other hand, seems to be a natural fit for the School for Evil, considering she’s into goth stuff and even owns a wicked cat.

The two now have to figure out why their fortunes got reversed, while at the same time, try to maintain a friendship that is fast becoming less and less ordinary. 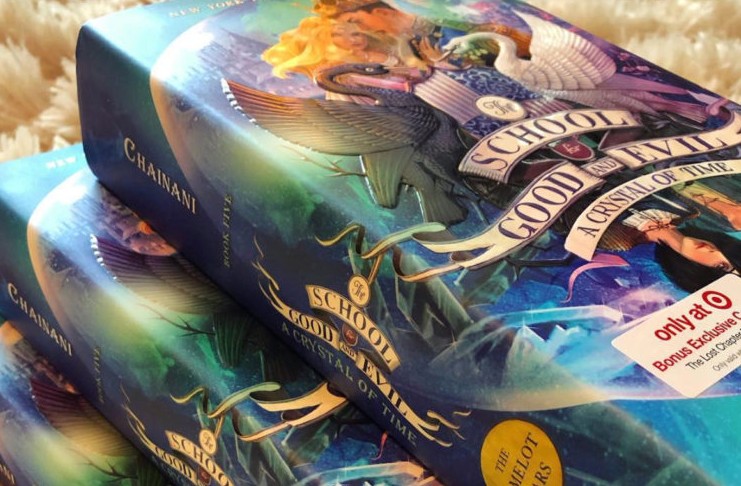 An unsurprising pick for director

Considering that The School for Good and Evil books often mix fantastical elements with humor-filled storytelling, it might not come as a surprise for many that a director like Paul Feig got the gig.

The American filmmaker broke through the mainstream with 2011’s Bridesmaids, while effectively making a star out of Melissa McCarthy.

Feig and McCarthy have since worked on three other projects—2013’s The Heat with Sandra Bullock, 2015’s Spy with the incomparable Jason Statham, and 2016’s Ghostbusters, which featured a hilarious Chris Hemsworth performance.

It is safe to say that when it comes to comedy, Feig is a proven director, having had a hand in some memorable comedic outings in recent years, including Freaks and Geeks, The Office, Arrested Development, Weeds, 30 Rock, and Parks and Recreation.

With that track record, Feig should be fully capable of translating The School for Good and Evil’s fantasy/comedy themes into movie form.