Paul Rudd recently revealed that he injured Jennifer Aniston on the set of Friends.

During his interview on BBC’s Graham Norton Show, the actor detailed the experience involving Jennifer Aniston.

“I was on set for my first episode and Jennifer was on Segway because she had broken her toe and everyone was marveling at it. Matt LeBlanc asked to have a go and immediately knew how to do it. I then asked to try it, too. I spun ‘round and rolled it right over Jennifer’s foot!” Rudd said.

The actor also said that the producers had a look of panic on their faces after seeing what happened. The look seemingly showed that they’re wondering if it’s too late to fire Rudd.

“I felt awful. Such an inauspicious start,” he said.

Rudd revealed that he tried to make the situation better for him and Aniston. After seeing the actress crying on the soundstage, he approached her.

“And I thought, ‘I’m not supposed to be here,’ so to break the ice, I went over and said, ‘Well, we did it, what a ride. The joke inevitably fell flat,” he said. 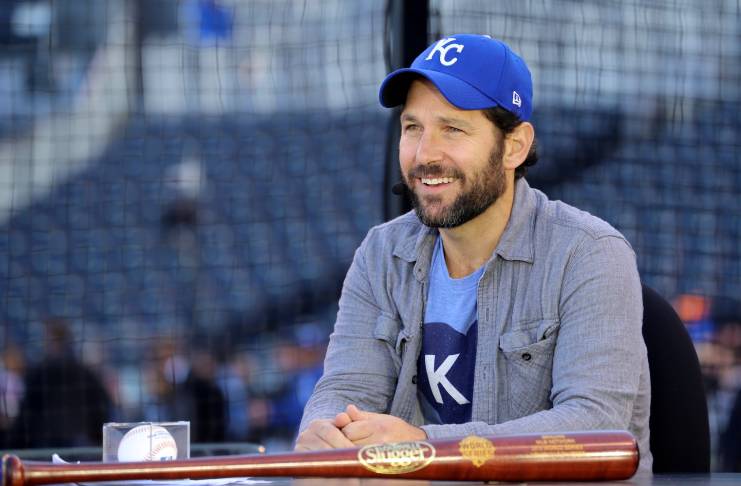 Is Jennifer Aniston quarantining with a mystery man?

Aniston also made headlines this week after her fans speculated that she could be quarantined with a mystery man.

The Friends star spoke with Lisa Kudrow on Variety’s Actors on Actors and eagle-eyed netizens saw a mysterious person in the room.

Aniston’s fans immediately took their thoughts to social media to ask who is quarantining with the actress in her mansion.

“There’s probably an assistant, a lighting person, a tech person for setting up Zoom, a makeup artist, etc.,” another person replied.

“Maybe her dogs or her assistant,” another person commented.

Aniston is single so it is unlikely for her to be quarantined with a special someone. Last year, the actress told Howard Stern on his talk show that she’s very busy and doesn’t have time to date.

Months earlier, an unnamed source told Entertainment Tonight that Aniston is back in the dating world.

“The support she has had from women in her life has truly helped her move on and upward and, with lots of encouragement from friends, she finally has started dating Lisa [Kudrow] and Courteney [Cox] and Jen are really close and have encouraged her to date and get out there,” the source said.

However, it would be best if fans believed Jennifer Aniston rather than the unnamed sources who can’t stop talking about her.